Prisoners Beyond the Pale 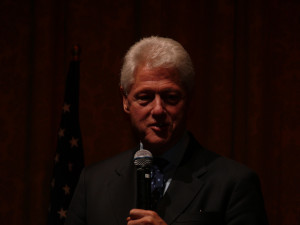 At this stage in the U.S. presidential campaign everyone has heard Hillary Clinton’s infamous “super predators” quote. We’ve also watched Bill Clinton defend her on this point, and more significantly we’ve watched him defend his 1994 Crime Bill before a group of Black Lives Matter protestors. “You’re defending the people who kill the lives you say matter,” said Clinton, referring to the “super predators” locked up thanks to his bill. Apparently pleased with himself, he repeated the line a few more times through a characteristically crooked smile.

Clinton’s Crime Bill helped to explode the U.S. prison population. In 1980 there were around 350,000 inmates in U.S. state and federal prisons. Under Reagan and Bush those numbers grew steadily, so that by the time Clinton took office in 1993 the national prison population had reached 800,000. By the time Clinton was gone in 2001, the number was approaching 1.4 million. Considering the provisions of the Crime Bill, these statistics are less surprising. The most well-known aspect of the bill was its allocation of federal funds for 100,000 new police officers. More important, I think, was its promise of federal funds for the construction of new prisons to states that enacted “truth to sentencing” laws that strengthened mandatory sentences. This seems to have been moment when Reagan’s War on Drugs came to full fruition, and the latest public pushback against strict mandatory sentences for nonviolent offenses probably has Clinton’s Crime Bill to thank for the incentives it created for state legislatures.

While reformed sentencing for nonviolent and drug-related offenders would be a major and historic improvement in the U.S. justice system, it would only be the first in a long list of badly needed changes. Even the most liberal Democrat is afraid to touch anything that doesn’t have to do with nonviolent criminals. This takes us back to Bill Clinton’s recent reiteration of Hillary’s old sentiment: the more murderers and rapists in prison the better, the penal system is there to punish not to reform. In short, if they’re in for life they deserve it. Parole boards be damned, let them waste away.

Oftentimes journalists make crude attempts to plead the case for criminals by pointing to the cost of keeping them in prison for so long. They’re right, it’s ridiculously expensive. But if cost is the only reason that the American public is interested in reducing its prison population, then we’ll deserve what we get when Trump is elected in November. Brian Goldstone, who taught a class about the history and cultural anthropology of incarceration at a maximum-security prison in New York, wrote an article about his students, many of whom were several decades into a life sentence, whose lives were “beyond the pale of public consideration.” “[E]nding the scourge of mass imprisonment mu 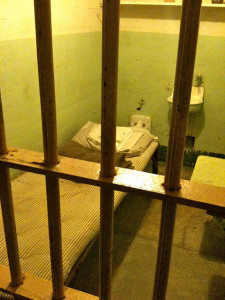 st involve dismantling our degrading, dehumanizing narratives about both the innocent and the guilty…this can only happen once we’re willing to listen to their voices — all voices, not just the ones we’re already primed to hear.”

There is some controversy over whether or not the Crime Bill itself was as influential as it was intended to be in convincing states to create harsher sentencing laws. The New York Times recently published an article disputing the claims made by both Clinton and the BLM protestors about the bill’s effect on reducing the national crime rate and on increasing mass incarceration. It argues that the only way to reverse mass incarceration is through state-by-state sentencing reform bills. “Federal officials are by no means innocent of causing mass incarceration,” it says, “nor are they useless when it comes to reversing it. But they are relatively minor players.”

The 1994 Crime Bill was a symptom of an era from which we are hopefully beginning to recover. Regardless of the degree to which this and other federal legislation is responsible for our current crisis, the solution is in responding to bills like Bill’s with legislation that moves responsibly in the opposite direction. The War on Drugs may end, but total reform will nott happen until enough politicians are willing to improve the justice system in its entirety, not just those aspects of it which are most palatable their constituencies.