What Does Rafsanjani’s Death Mean for Iranian Politics? 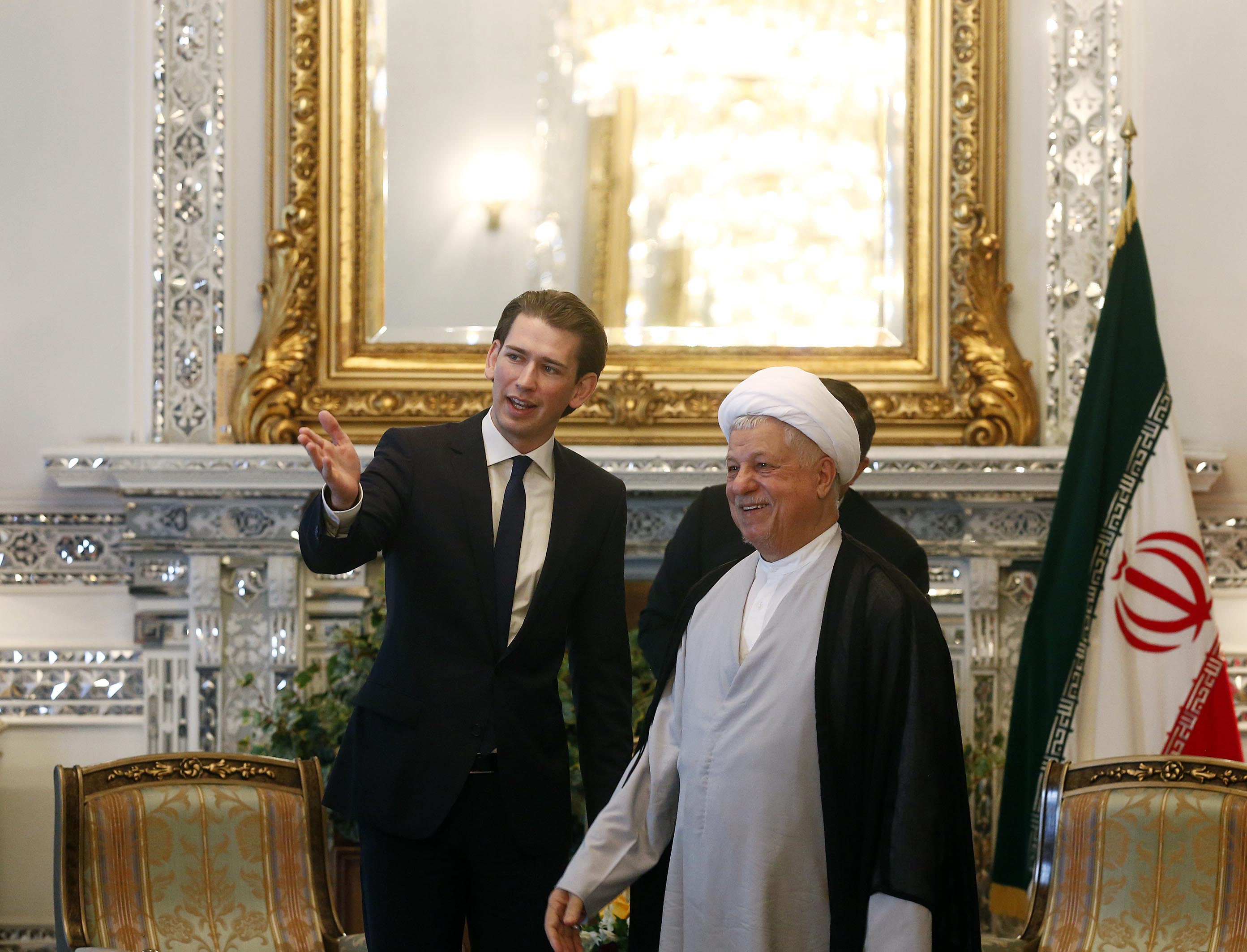 Iran’s former President Akbar Hashemi Rafsanjani died on the 8th of January at the age of 84. A key figure of the country’s modern history, his political career reflected the factional struggle between reformists and hardliners of the Islamic Republic of Iran. Alternately, he was a major participant in the Iranian Revolution of 1979, Chairman of the Parliament during the 1980s and the Iran-Iraq war, President in the 1990s, before losing the 2005 Presidential election against Mahmoud Ahmadinejad. After this humiliation, he repeatedly voiced his support for reforms thereby challenging the conservative status-quo.

Rafsanjani was born in a small town of central Iran in wealthy family of pistachio merchants. He then studied theology in Qom, where he started following Ayatollah Ruhollah Khomeini. During Khomeini’s exile, Rafsanjani supported him from the inside by gathering support and donations. His loyalty earned him a prime position at Khomeini’s table, the man who led the 1979 revolution against the US-backed Shah Reza Pahlavi. this promised him an important role in the leadership of the newly-established Islamic Republic of Iran. Between 1980 and 1989, he was the Chairman of the Parliament and played a key role in the Iran-Iraq war, especially on the military front. This role won him many followers. According to The Guardian, “he was credited with having persuaded a reluctant Khomeini to sue for peace with Iraq“. This was a first sign of his distinct pragmatism. After the death of Ayatollah Khomeini in 1989, Rafsanjani started orchestrating his rise at the top of Iranian leadership. He began to pull strings, both political and constitutional, to put Ali Khameini in the seat of the Supreme Leader and securing him the President’s position.

Under his term, he was dubbed the name of “Commander of the Reconstruction” after the devastating war with Iraq: he encouraged economic liberalization, especially in the oil industry and infrastructures, as well as the privatization of many small businesses. He also promoted wider freedoms. “His economic policies won him praise from Iran’s elite and merchant classes, but brought bitterness from struggling workers seeking greater state handouts”. His economic policies went against the centrally-planned economy traditionally favoured by conservatives and hardliners. But whilst putting the country back onto its feet, he also ironhandedly governed the country: his rule endorsed the mass execution of political prisoners in 1988 and the murders of dissidents and intellectuals throughout the 1990s. In addition, “he quickly accepted the necessities of compromise [with the West] if Iran wanted to rid itself of its pariah statue” says Alex Vatanka for Foreign Affairs. He advocated for normalising Iran’s relationships with foreign countries, most notably the United States, which deteriorated after the 1979 revolution and the following war with Iraq. His pragmatism contrasted with the hardliners’ emphasis on ideology.

When he stepped down in 1997, he supported the election of Mohammad Khatami, who pursued a similar moderate agenda. Before this, Khameini had gained increasing power. In 2005, he lost the presidential election against the populist Mahmoud Ahmadinejad, who was backed by the the Supreme Leader. Rafsanjani underestimated Khameini’s own hunger for power. It cost him the rest of his political career.

When Rafsanjani announced his candidacy to the presidential election of 2013, he said that it was his “religious and national duty” to run. Before his surprise candidacy, analysts believed that the candidates would be “loyal and officially-approved conservatives”. His disqualification from the presidential election race in 2013 by the Guardian Council, was yet another indication of the relentless power struggle between reformists and hardliners. The Guardian Council’s deals with interpreting the Iranian Constitution, overseeing elections and ensuring that legislation complies with Islamic law and the Constitution. It was not the first time that the Guardian Council took the side of conservatives: in 2006, it disqualified numerous reform-minded potential candidates to the Assembly of Experts. Rafsanjani then supported the election of Hassan Rouhani, his protégé.

He was one of the very few who could speak out freely. His revolutionary and political legitimacy allowed him so. This made him a thorn in the side of conservatives.  “Who could now warn publicly against “Islamic fascism”, when the hard-liners sought to influence elections? Who would state openly that there should be a nuclear compromise?” asks Thomas Erbrink for the New York Times about Rafsanjani. Since 2012, he was the Chairman of the Expediency Discernment Council, a consultative body whose task is to resolve any dispute between Parliament – the Majlis – and the Guardian Council. Despite his support for reformists and protesters this past decade, he nonetheless held this influential advisory position to the Supreme Leader. This testifies to his unique role of loose cannon in Iranian uptight politics.

Last February, a coalition of moderate and pragmatic conservatives, supportive of President Hassan Rouhani, won both the legislative election last February in the Iranian Parliament, and now dominate the Assembly of Experts. It is the Assembly of Experts that elects the President. Ahead of the Presidential election of 2017, this was hence a strong success for the moderates. But Rafsanjani’s death occurs at an inopportune time for Iranian reformists and moderates.

According to Trita Parsi, president of the national Iranian American Council, Rasfanjani “would likely also have played a very important role in not just the upcoming Iranian elections in May, but also in the far more crucial power struggle about who will become the next Supreme Leader in Iran once Ayatollah Ali Khamenei passes”. In fact, Rafsanjani’s death marks the beginning of a political transition in Iranian politics, at a sensitive time: the Presidential election in May, and the succession of Ayatollah Khameini. The old guard’s presence is waning. Former President Khatami has fallen into disgrace, Ayatollah Khameini’s health is very fragile, and Ahmed Jannati, a powerful conservative and member of the Council of Guardians, of the Expediency Discernment Council and newly-elected Chairman of the Assembly of Experts is too old to run for any election – he is 89 years old. Commentators do not see any Conservative with the clout and capacity to become President. The factional struggle between moderates and hardliners will only intensify until the May election.

Economic spinoffs are to be expected after the sanctions over the nuclear program were lifted mid-January. According to chief of staff of President Hassan Rouhani, the Iranian economy could growth at an annual growth rate of eight percent with the help of foreign investment in the energy sector and infrastructures. If these economic benefits are indeed realized, it would boost the political credentials of the moderates. This certainly explains the Iranian presence in Davos. We would expect attempts from current Iranian administration to improve the business climate in the country in order to attract foreign investments. But the economic effects must be felt quickly, before the presidential election in May 2017. And the remaining US financial sanctions do not plead in this direction.