Right to be Free from Rape: The Importance of Consent-Based Legislation

By Rebecka Eriksdotter Pieder On Jan 7, 2019 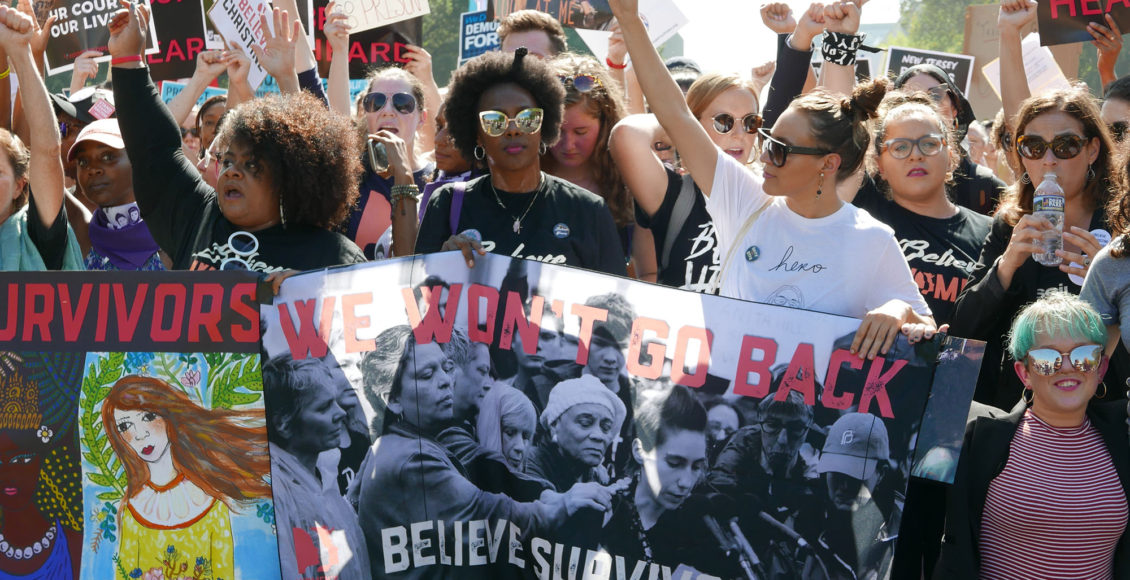 At the June 2016 San Fermin bull-running festival, a girl was found by a couple crying on a bench in the fetal position. Earlier that day the 18-year-old had been walking through the crowded streets of Pamplona, Spain, when she was surrounded by five men in their late 20’s. The men led her to a basement, where they encircled her, and had un-consensual sex. They filmed the incident and put the videos in a group chat. The girl reported the crime as gang rape to the police, and prosecutors demanded a 22-year sentence for sexual aggression. However, after watching the videos, the authorities reached the conclusion that the girl appeared “passive” and “neutral,” not expressing any physical or vocal rejection. She had not forcefully resisted. The men were accordingly convicted of the lesser crime of sexual abuse. They were given nine years’ jail time, of which two had already been served, as the trial reached its end in April 2018.

According to Spain’s laws, when surrounded by five men that are twice your size, by not fighting back you are automatically consenting. Cases such as these show that all too often the law is framed in ways that place the responsibility on women to protect themselves from rape.

Spain and Portugal saw massive protests after announcing the verdict. In the aftermath of the demonstrations this year, both governments stated that they intend to change their legislation on sexual assault and rape from “forced-based” to “consent-based.”

The force-based, no-means-no model is problematic. It implies that the absence of a “no” necessarily means “yes” and that the default is perpetual consent. Conversely, a consent-based model entails that sexual acts are only okay when they occur with an active expression of agreement.

Sex without consent is rape. Or at least it should be. Yet, the laws of three-quarters of European states fail to recognize this fact.

Amnesty International recently conducted an investigation on 31 European nations, and found that only 8 states define rape on the basis of the absence of consent. The remaining 23 countries only legally recognize rape when there is physical violence, threats, or coercion involved.

With persistent public misconceptions about sexual violence, and lengthy legal proceedings that often result in little substantial ramifications for the accused, there are enough factors that deter survivors from coming forward and reporting their experiences to the authorities. This became exceptionally clear in Ireland this November, when wearing a lace-front thong was used as legitimate evidence of consent after a 17 year old girl accused a 27 year old man of raping her in a muddy alley.

Legislation is insufficient on its own, as it must be accompanied by adequate practices and social reform, but changing the law is an important first step.

33 European states agreed with this notion when they ratified the Istanbul Convention in 2011. The Istanbul Convention, or the “Council of Europe Convention on preventing and combating violence against women and domestic violence,” aimed to provide a comprehensive framework regarding the criminalization of sexual violence. Article 36 of the treaty states that “consent must be given voluntarily” and that “parties shall take the necessary legislative or other measures to ensure that engaging in non-consensual acts of a sexual nature with a person is criminalized.” International human rights standards have evolved towards the understanding that sexual assault, including rape, should be defined by the lack of consent. However, all countries that have signed the convention, except six, have yet to amend their legal definitions of rape.

Most laws are structured around the premise that rape is a sexual act against a person’s will, but that it has to be accompanied by some kind of force. Examples of these circumstances include the victim being “incapable of resisting the act” (Denmark), “unable to express his/her will” (Hungary) or “deprived of the possibility of self defense” (Bulgaria).

The fact that survivors have to justify how they expressed their opposition to sexual advances, rather than perpetrators having to explain how they assessed that their actions were desired, is archaic and misguided.

In the past year, Iceland and Sweden have reformed their legislation. Spain and Portugal intend to follow suit. This change in legal definition may sound superfluous, but it has actual consequences.

The United Kingdom has had consent-based legislation since 2003, and the law requires the prosecuting counsel to specifically ask defendants how consent was obtained. Instead of cross-examining the victim, the perpetrator is asked to explain their actions. A specific case in Northern Ireland, when two Rugby stars were cleared of all charges despite overwhelming evidence, resulted in the possible implementation of further measures to enforce the law. These measures include educating jury members on pervasive rape myths in order to ensure that a lack of resistance is not understood to equal consent.

In 2015 the Director of Public Prosecutions for England and Wales, Alison Saunders said: “These tools take us well beyond the old saying “no means no,” as it is now well established that many rape victims freeze rather than fight as a protective and coping mechanism.” Studies have shown that the biological responses of rape victims to such traumatic situations, is to involuntarily paralyze. This is not passive consent, this is a natural inability to physically resist. It therefore makes little sense that laws require you to react in a biologically abnormal manner in order to be taken seriously.

In Sweden, prosecutors will no longer need evidence of violence, intimidation, or the exploitation of the victim’s vulnerability to have enough grounds for a rape conviction. The Ministry of Justice explained the act by stating: “it is based on the obvious: sex must be voluntary – if it is not, then it is illegal.” The legislation introduced two new offenses: negligent rape, and negligent sexual abuse. The first conviction for negligent rape occurred in November of 2018, when a 34-year old man was sentenced to one year in prison. In this case, a man and a woman shared the experiences of two different sexual encounters, after finding one-another on the popular app Tinder, and meeting at the man’s apartment. The woman alleged that she was raped, while he claimed that the sex was consensual. Despite lack of intent, he was found guilty of being “grossly negligent” and “careless” of the risk that the woman was not voluntarily participating, according to the court.

Critics claim that altering legal definitions is unnecessary as it does not lead to a large increase in convictions, nor does it lower the burden of proof. However, this change in legislature is more about creating a normative shift surrounding sexual crimes, and modifying the mindset on what constitutes rape. Laws express what is acceptable in society, and it is difficult to argue with the premise that having sex with someone against their expressed will is unacceptable.

It is paramount that more nations change their legislature in accordance with international human rights standards, as outlined by the Istanbul Convention. Doing so would contribute to the elimination of a victim-blaming rape-culture, and facilitate the creation of a legal paradigm that questions those accused of a crime, not the other way around.