Sapporo’s Marriage Equality Ruling: A Beacon of Hope for LGBTQ+ Rights in Japan? 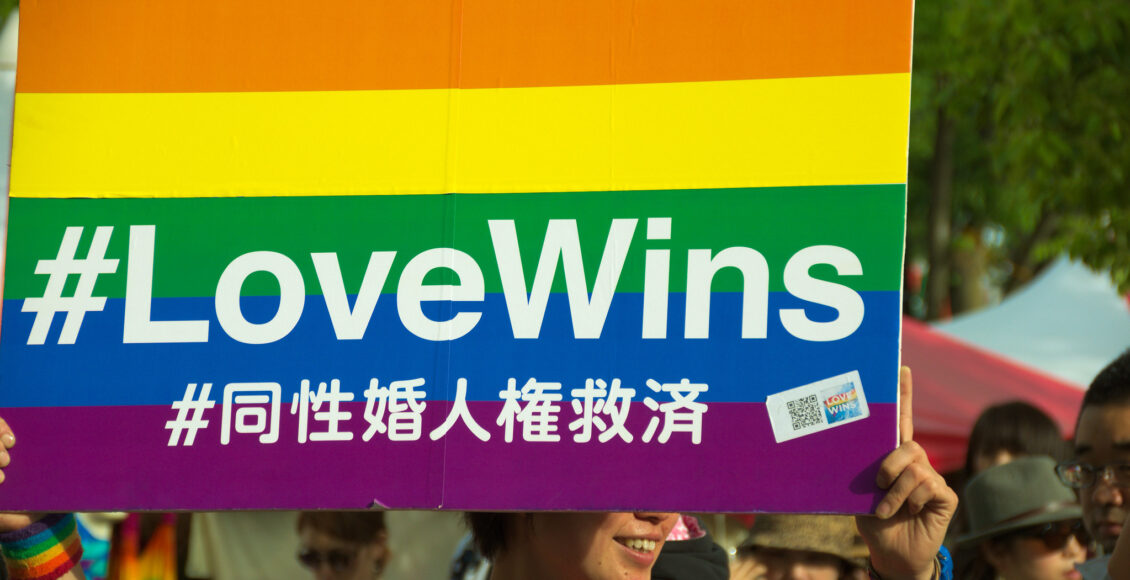 On Wednesday, March 17, 2021, a district court in Sapporo, Japan, ruled in favour of three same-sex couples by stating that the government’s ban on same-sex marriage is unconstitutional. This ruling came in response to the demand for damages from couples who asked for ¥1 million (USD 9,033) each, citing the pain they suffered for not legally marrying. Although this ruling bears little significance for a potential amending of Japan’s Constitution, for the time being, it represents a major turning point in the recognition and acceptance of rights for same-sex couples in the country.

The Sapporo ruling and the Constitution of Japan

By declaring the non-recognition of same-sex marriage unconstitutional, the Sapporo ruling set a precedent for recognizing LGBTQ+ rights in Japan by challenging some of the most foundational assumptions of the country’s constitution, despite not automatically inducing legal reform. In the initial suit, the plaintiff couples — two male couples and one female couple — justified their demand for compensation by citing Article 14 of the Constitution, which guarantees the right to equal protection under the law. In so doing, the couples pointed to the government’s failure to uphold this principle as an act of discrimination.

Article 14 prohibits discrimination against Japanese citizens based on “political, economic or social relations […] race, creed, sex, social status or family origin,” which are generally understood to be unalterable characteristics that individuals cannot change. The Sapporo ruling echoes the general sentiment conveyed in Article 14, stating that “sexual orientation is a personal characteristic that cannot be changed by the will of the individual,” akin to race or sexual attributes. Although sexual orientation is not one of the characteristics protected by Article 14, the Sapporo District Court’s decision to include the article in their ruling demonstrates a will to forego discriminatory practices resulting from legal provisions.

Additionally, the Sapporo ruling brought Article 24 of the Constitution into question, which pertains to freedom of marriage in Japan. Article 24 states that “Marriage shall be based only on the mutual consent of both sexes […] with the equal rights of husband and wife as a basis,” unequivocally inscribing heterosexuality as the norm for marriage and legal partnership in Japan. The ruling Liberal Democratic Party (LDP), which has been in power since 1947 (except from 1992-1995), has long upheld Article 24 as a core principle cementing the “traditional family” in Japan and shutting down potential legal avenues to reform in this sphere. In choosing to rule in favour of the plaintiffs, the Sapporo District Court is signalling that while the Constitution defines freedom of marriage in terms of heterosexual relationships, it does not explicitly prevent the recognition of same-sex marriage.

Interestingly, this Sapporo ruling came the same day as a Supreme Court decision to award damages to a woman suing her female partner for adultery. The Japanese Civil Code allows for individuals to demand compensation from spouses who cheated on them. However, charges of unfaithfulness had, until then, only been brought against individuals in heterosexual couples under Article 24 of the Constitution. The female same-sex couple registered their marriage in New York state in 2014, where same-sex marriage is recognized, and moved back to Japan in 2017. In issuing its verdict, the Supreme Court declared that it “could not find a rationale for denying legal protection to same-sex couples who cannot marry in Japan” and ordered the defendant to pay ¥1.1 million (USD 10,073) in compensation. In granting legal protection to same-sex couples, both rulings contribute to the advancement of LGBTQ+ rights not only in Japan, but in the Asia-Pacific more broadly.

Japan among the pioneers of LGBTQ+ rights in East Asia?

In a 2016 interview, former Vice President of Stonewall Japan Varun Khanna stated that “Japan still tends to be […] the most accepting country among those in Asia, the Middle East, and Africa” — a claim that is only slightly exaggerated. On the one hand, Japan remains the only G7 country that does not recognize same-sex marriage. On the other hand, and despite the lack of legal provisions protecting the country’s sexual minorities, Japan remains a fairly accepting nation in the Asia-Pacific region.

As of 2021, only a handful of countries in the region offer minimal legal recognition of same-sex unions. Taiwan became the first East Asian country to legalize same-sex marriage on May 24, 2019, just three months after the draft bill had been presented to the Taiwanese Legislative Assembly. This bill also granted same-sex couples the right to legally adopt the biological child of one of the two spouses. However, this right does not allow them to adopt children who aren’t genetically related to any one of them. Taiwan has also been home to the second-largest Pride Parade in Asia beyond Tel Aviv Pride, making it the largest in East and Southeast Asia. About 170,000 participants in 2019 attended the event, more than twice the attendance of the 2015 parade, which drew 80,000 participants. Nonetheless, Taiwan remains the only East Asian country to offer equal marriage for both same-sex and opposite-sex couples.

Efforts to achieve more equality between homosexual couples and their heterosexual counterparts are evident in parts of China. While neither same-sex marriage nor civil unions are recognized, national and provincial legal authorities have granted various legal rights to same-sex couples since October 2017 through a guardianship system. This system allows individuals in same-sex relationships to make medical decisions for their partners, similar to heterosexual couples. The Hong Kong Special Administrative Region, which follows a separate legal system owing to its status as a former British colony, slightly expands on this foundation, allowing legal partnership for same-sex couples for the purpose of issuing a dependent visa and extending spousal benefits to a foreign spouse.

South Korea has also engaged in some forms of recognition of sexual minorities, with Article 31 of the National Human Rights Commission Act stating that “no individual is to be discriminated against based on his or her sexual orientation.” Nonetheless, this remains one of the few legal provisions made for same-sex couples in the country, with no further recognition of same-sex relationships or protections for same-sex couples. In light of this regional comparison, Japan appears to be well in the average of other East Asian nations. Still, the new Sapporo and Supreme Court rulings could help bring about effective legal change for sexual minorities.

The Sapporo ruling is undoubtedly a sign of hope for the many LGBTQ+ advocacy organizations in Japan. For Marriage for All Japan (MFAJ), an activist group advocating for marriage equality between heterosexual and homosexual couples, this ruling is an encouraging milestone in their fight to achieve equal recognition for same-sex partners. Founded in January 2019, MFAJ has taken part in a plethora of legal activities and educational campaigns. The organization supports lawsuits in both district and national courts to raise awareness of structural inequality faced by sexual minorities in Japan to this day and increase the visibility of LGBTQ+ issues in the public discourse.

In a Washington Post editorial, MFAJ Representative Director Makiko Terahara pointed to its many achievements since its foundation. Over just two years, MFAJ rallied over 147 companies to its cause, creating Business 4 Marriage Equality, an inter-corporate organization that advocates for the legal recognition of same-sex relationships. MFAJ has also benefited from the endorsement of about 80 non-governmental organizations in Japan, some of which assisted them in lobbying members of the Diet to raise public awareness. Both March 17 rulings provide grounds for MFAJ to continue their activism and build hopes for an increasingly open dialogue in the Japanese public sphere.

Nonetheless, room for effective legal change remains scarce so long as the liberal-conservative LDP dominates Japanese politics, echoed by the party’s appalling response that the Sapporo ruling is unjustified considering homosexual individuals are allowed to marry opposite-sex partners. Traditional values still shape Japanese families to this day, reinforced by conservative narratives in mainstream media and the struggle to achieve equal rights between men and women in Japan. Nonetheless, the Sapporo District Court ruling points to potential avenues for more recognition beyond the fixed provisions of the Constitution and Civil Law.

Featured image: “Tokyo Rainbow Pride 2016” by U.S. Embassy Tokyo is licensed under CC-BY-NC 2.0. No changes were made.