Sochi and Sports: The Legacies of Cold War Policy in Modern-Day Russia 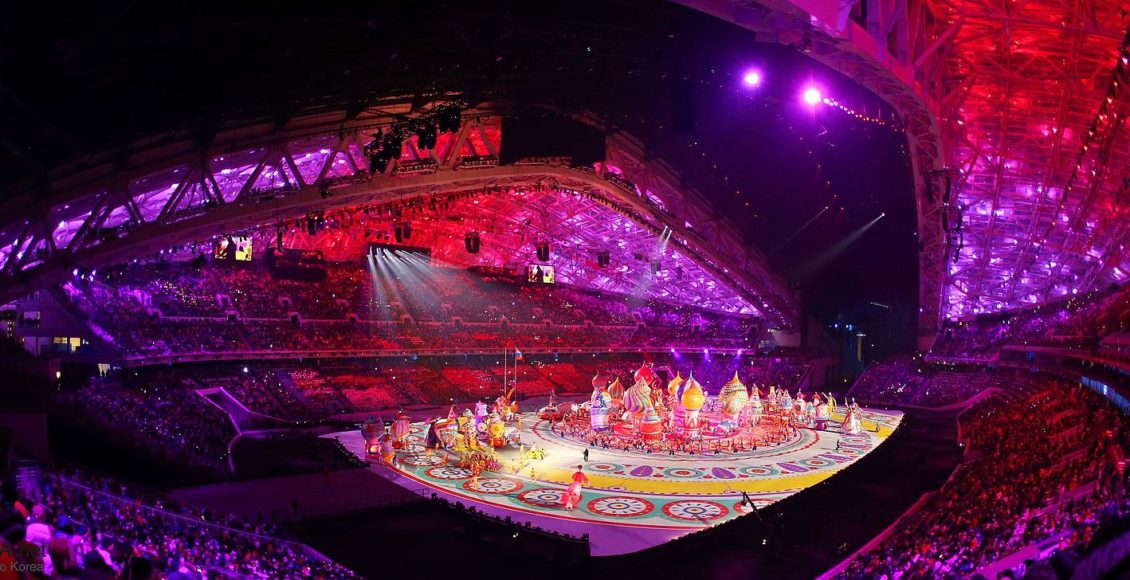 The use of sports to display an image of a strong, modernized Russia to the global community has been a common factor in the country’s history, especially during the Soviet era. Throughout the Cold War, sporting events were at the centre of much competition between the United States and the Soviet Union. From the USSR’s first appearance at the Winter Olympics in 1956, the level of importance the nation placed on utilizing the global stage they had been handed was clear; the Soviet Union won more medals than any other nation. This was an astonishing success in the Soviet mission to demonstrate the superiority of communism in fostering strength. Furthermore, participation in the Games promoted alliances with other communist nations and helped suggest that the Soviet Union was interested in peaceful activities on the world stage—an image that was threatened as the Cold War intensified.

The 1980 Summer Olympic Games in Moscow represented the peak of Cold War politics infiltrating the Games. Soviet leaders associated sports with politics in an intense manner foreign to Westerners and, as such, placed immense importance on the broadcasted appearance of their games. The 1980 Games were a failure in terms of publicity, garnering only negative press for the Soviet Union due to the low attendance and the nature of the US refusal to participate.The United States led a boycott of the events, persuading many of its allies to withdraw or send reduced numbers of athletes in protest of the Soviet invasion of Afghanistan that occurred the year prior.  In the end, only 80 nations sent delegations. In the shaky period of détente, the image of a globally relevant and engaged USSR was more important than ever, and this image was destroyed by the world’s most developed nations’ refusal to participate. The event was the only Olympics to be hosted by the Soviet Union.

When the International Olympic Committee (IOC) agreed to bring the Olympics back to the region in 2014, a new regime was in power, but many of the underlying factors and desires remained the same. Just as in the days of the Cold War, sports remain a key tool in attempts to control the global perception of Russia. In fact, the bizarre choice to host the Winter Olympics in Sochi, which enjoys 300 days of sunshine and warm weather each year, was politically deliberate. Hosting the Games in the historically tumultuous North Caucasus region represented an attempt to rehabilitate the image of the Russian government’s involvement in the area (the Russian bid for the Olympics was launched only months after insurgency in Chechnya was quashed and Vladimir Putin’s United Russia party took control).

The Russian Federation’s success in attracting the IOC to choose Sochi for the 2014 Winter Olympics kicked off a large-scale, high-cost endeavour to transform the area. Situated between the Black Sea and the Caucasus Mountains, Sochi is attractive year-round for vacationers due to its temperate weather. The city was built into a top vacation spot for wealthy Russians—and eventually other high-class Europeans—specifically to show off the glamour within Russia for the cameras broadcasting the 2014 Winter Olympic Games. Sochi attempts to put forward the best of Russia, despite the ugly truths lurking just outside its boundaries.

Approximately 50 billion US dollars were spent transforming Sochi from a lonely beach town into a hub for leisure activities, attracting expensive sports and wealthy vacationers alike. Despite the slightly shambolic character of the facilities at the 2014 Olympics, the sporting complexes have been maintained and continue to be used to broadcast this image of Russia to the West. In 2018, six FIFA World Cup matches were held in Sochi, and the streets have welcomed the Formula One Russian Grand Prix since 2014.

Just as they were in the days of the Soviet Union, such events are manufactured and broadcast to the West to promote a very deliberate message of what Russia is: strong, modern, and an attractive location to visit. The Kremlin is fully aware of the importance of the Western media and, as such, mobilizes all forces necessary to ensure the best possible image is put forth.

A major long-term project in this regard was convincing the Fédération Internationale de l’Automobile (FIA) to hold a Formula One world championship race in Russia, specifically with the glistening Olympic structures of Sochi as a backdrop. Formula One motor racing is historically associated with lavish locales such as Monaco and attended by glamorous, high-class Europeans; joining the list of destinations was something of an attempt to promote Russia as such. Deals to bring the racing series to the Soviet Union were in the works as long ago as 1980, but Russia remained off of the racing calendar until a 2010 deal to hold a Grand Prix in Sochi from 2014 on—agreed upon by Vladimir Putin himself—was signed. The level of importance the Russian state placed upon bringing an excess-ridden sport to Russia harkens back to the Soviet-era emphasis on using sports as a tool to export an image of a comfortable and luxurious lifestyle.

The Russian Grand Prix remains a little-loved addition to the 21 races held annually. The event is often criticized for the design of the circuit and the ambiance crafted by the Russians. In fact, the Grand Prix’s coordinators remain so intent on promoting their preferred image of Russia that they vowed to ignore a resolution to ban “Grid Girls” (female models dressed in skimpy clothing and paraded around throughout the weekend) from the event. These complaints are only the tip of the iceberg to other, more serious issues threatening to darken Sochi’s and Russia’s reputation.

This shining gem of the “Russian Riviera” is located in the North Caucasus region, often highlighted by the Western media for its human rights abuses and political turmoil—most notably in Chechnya.

Even beyond the institutional political issues such as the human rights abuses and territorial disputes that have historically dominated politics in Chechnya and the surrounding area, the region where Sochi is located deals with large amounts of poverty. Over 13% of Russians live under the poverty line, and the North Caucasus region is one of the nation’s poorest. Infrastructure improvements aimed at benefiting short-term visitors such as those implemented in Sochi rarely benefit them.  In many of the small towns surrounding the city, the presence of basic utilities such as running water and electricity is largely unreliable and inaccessible. Furthermore, work available in the area is often limited to either tourism or construction. The unskilled labourers who build the structures either don’t get benefits, are underpaid, or even not paid at all. This, coupled with rising costs and instability in housing titles due to confusion left over from the collapse of the Soviet Union, means that many residents must worry about losing their homes.

Claims have been made that the Olympic infrastructure-related expenditures and further development in the recent past have helped vitalize Sochi and its surroundings. Still, it remains clear that the images of a modernized, strong, and exciting nation that Russia is attempting to put forth to the West through events held in Sochi remain largely empty, just as they were in the Cold War-era Soviet Union.