Sweden’s 2018 Election and the Shortcomings of Proportional Representation

“Populism” and “Political Fragmentation” are terms that one would not immediately associate with stable liberal Sweden. Yet, it would be difficult to find two words that more clearly reflect the outcome of Sweden’s election on September 9th 2018. For over a century, Sweden has been ruled by the center-left Social Democrats’ coalition, at intervals electing a center-right coalition led by the Moderates. News coverage in the past has focused on these two blocs, with the assumption that one of them will become the dominant political force and form a government. Recently, this assumption has been put to the test, as, like many European countries, Sweden has also experienced the rise of a far-right party. The Sweden Democrats (SD) have capitalised on the xenophobia that has increased with the massive influx of refugees in 2015; this has shaken up Sweden’s politics. Many Swedes feared that SD would become the largest party in parliament.

This was not the case. With 17.5% of the vote, the Sweden Democrats ended up in third place. However, support fell for the historically dominant parties, the governing Social Democrats (SAP) and the opposition Moderates (M), which meant that neither coalition received a majority of the seats. The Red-Green coalition led by the SAP ended up with 144 mandates, while the opposition’s Alliance coalition got 143. This means that, despite receiving less than 1/5 of the vote, SD now has the power to make or break all parliamentary decisions. This is an example of the failure of Sweden’s electoral system.

Indisputably, proportional representation has its advantages. The system entails that the amount of votes a party gets directly reflects the number of seats they are allotted in parliament, as long as they receive more than 4%.  This means that smaller groups and communities can have their political views reflected in parliament, compared to other voting systems like first-past-the-post that are based on single-member electoral areas. Conversely, under first-past-the-post, a party whose support is spread out and not centralized in a particular area will have trouble gaining political influence. A PR system avoids the tendency of a disproportionate bias for larger political groups, and “wastes fewer votes” as more people’s preferences are taken into account.

Yet, the system has clear problematic elements. It is incredibly unlikely that one party will have a sole majority of votes; parties are forced to compromise and join coalitions.

This creates problems of accountability to the public, as, after an election, a party might shift their coalition in order to secure a majority. This has currently become a hot-button issue as two smaller parties within the Moderates’ Alliance, the Centre party and the Liberals, have considered joining the Social Democrats’ coalition in order to secure a majority and form a government. A Swedish citizen who voted for the Centre party, thinking that they would also be supporting the Alliance, could end up facilitating the growth of the opposing coalition.

In addition, proportional representation can provide a fast-track for extremist and populist parties, giving them a voice in the political mainstream. If any party receives more than 4%, they are promised a seat in parliament, allowing them to further their political agenda until the next election. SD first entered parliament in 2010, then with only 5.7% of the vote. Having a legitimate seat helped normalize their rhetoric, and contributed to the party’s growth in the following election. 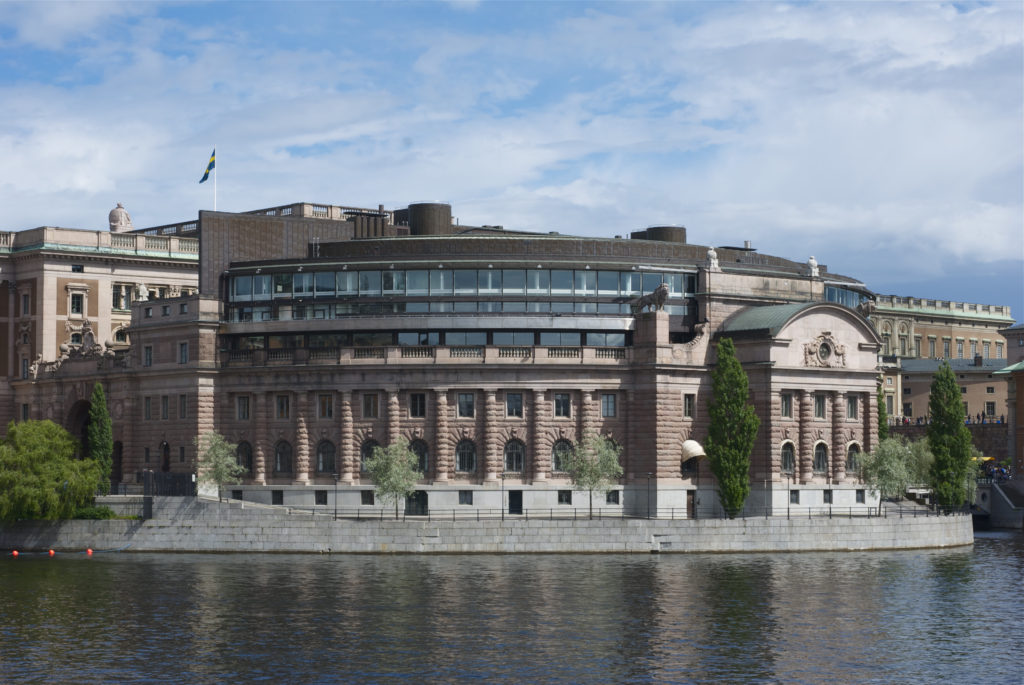 These structural issues become a decidedly larger problem when the other coalitions refuse to cooperate with the extremists, creating a political pariah within parliament. But, as can be seen in this case, isolation can position the pariah as a kingmaker.

Up until now, this has been the case in Sweden. The traditional center-right parties have insisted that under no possible circumstance will they cooperate with or rely upon SD. The consequences of political fragmentation are becoming clear as the government sinks into a deadlock. The incumbent prime minister Stefan Löfven was removed in a vote of no-confidence, a mandatory test of the parliament’s support for the PM, as both SD and the opposition’s centre-right coalition voted against him. The leader of the Moderates, Ulf Kristersson, now has the responsibility of forming a new government, but having promised to not depend upon SD, this is no easy task.

Although the sweep of far-right politics over Europe has shaken up several governments, many other electoral systems are built to avoid giving extremist parties a disproportionate amount of influence.

The 2017 German election also saw a far-right party, Alternative for Germany, entering parliament for the first time as the third largest group. Angela Merkel and the CDU/CSU chose to deal with this by entering into talks with the second largest party, the SPD, and renewing their grand coalition. This effectively reduces the power held by smaller and more extreme parties. However, Germany’s political system is constructed in a way that makes this option more feasible than it is in Sweden. Sweden’s system of “negative parliamentarianism” enables coalitions to form minority governments; Germany requires a majority. This forces parties to cooperate despite their differences. It also ensures that smaller parties don’t get a disproportionate amount of power. If Sweden were to replicate this, then the two largest parties would be more inclined to cooperate.

However, this highlights another problem in Sweden’s electoral system: the low 4% threshold to enter parliament. If the Social Democrats, with 28.3%, and the Moderates, with 19.8%, formed a grand coalition to ensure a stable government, they would still not be a large enough force to establish a majority. One reason for this is the fact that parliament has an excess of smaller parties. This year the Green party only got 4.4%, the Liberals 5.5%, and the Christian Democrats 6.3%. Raising the threshold to Germany’s 5%, or even higher, would serve to limit political fragmentation.

France’s electoral system also effectively curtails populist clout. Unlike Sweden and Germany, France does not use proportional representation. Parliamentary elections are based on two stages, with all eligible candidates competing in the first round. Unless one candidate wins over 50% of the vote, a second round is held where the constituency can choose between the most popular options; this eliminates those with the least support. Parliamentary elections are also held after the President has been elected through the same process, and French voters have steadily given new presidents legislative majority.

In the 2017 election, the resilience of the French two-stage runoff system was put to the test by Marine Le Pen and the far-right National Front (FN). The development of events showed that extremist parties like the FN are unsuccessful when it comes to being backed by more established parties. This was one factor that contributed to Macron’s landslide victory and the momentum he was able to use in the parliamentary elections that ensued. The far-right lacked this momentum, and Le Pen’s unsuccessful presidential bid is clearly reflected in the small presence of FN in the national assembly.

This serves to show that countries like France and Germany have a relatively stable electoral system to fall back on when political extremists unsettle the national order. Sweden’s system has demonstrated the opposite, as populists are given more influence than merited. As Ulf Kristersson leads bipartisan discussions in an attempt to form a stable government, it remains to be seen what Sweden’s regime will look like going forward.

Nonetheless, one thing is certain: this election has highlighted proportional representation’s considerable flaws, and has shown that initiating a discussion on electoral reform is a necessity. As a first time voter, I was supposed to be excited about finally having a say in how my country is governed, but this election rather left behind a feeling of disenchantment. In a country with PR, it is taken for granted that our vote means something, but with a system that comes up short in accountability and proportionality, this is ostensibly not the case.