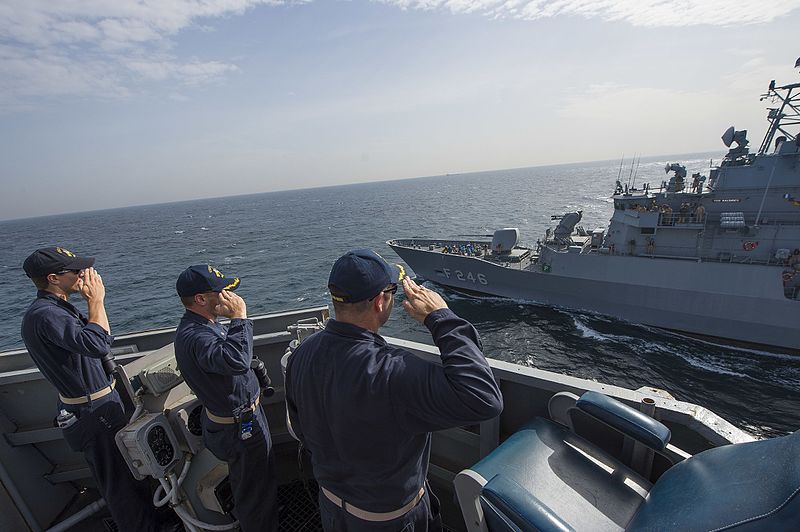 This is part 2 of an interview of Dr. Bulent Şenses, a professor of Naval Strategy in the Turkish Naval War College and in the Political Science Department and Marine school at Girne American University. Dr. Şenses provides valuable insight into the Turkish position on complicated Eastern Mediterranean issues. You can find more information and the first part of the interview here.

Fikret Oktay: What about the other claimant in Libya with whom Turkey does not have an agreement, Khalifa Haftar? (The challenger to Libya’s UN -recognized government)
Dr. Şenses: Yes about Khalifa Haftar. A few things about him. He spent 20 years in the US. During the Gaddafi era, the Americans were his guardians. It is strongly probable that he has considerable connections there. However, they can’t deal with him openly, as his government is not recognised by the UN. So they use proxy war tactics. If he takes over as a politician sponsored and supportive of the US, this will be significant. Libya has energy resources, and as it is just across from Italy it controls migration routes, and it is crucial for control of the Mediterranean. The Mediterranean has been important throughout history and its importance won’t diminish now. The US is after this strategic importance but cannot openly back Haftar, as he is illegitimate. The Russians are also similarly involved in this proxy war. They cooperate with Haftar as well, as he is ready to compromise quite a lot in order to secure recognition. The GNA is in a strong position in this regard as they already have legitimacy in the international arena so it is harder to get them to compromise. The Americans seem to overlook the fact that this was the area where they employed power projection for the first time, in Tripoli in 1805. Are you aware of this?

FO: Yes, it was due to piracy.
Dr. Şenses: They performed their first power projection there. Now Turkey is undertaking power projection in almost the same place as well. The agreement with Libya is directly related to the tension. There was no tension in the area around Libya, and the Greeks should not have awakened us. When the creation of a National Economic Zone was brought up it was said that we already had our continental shelf. It was thought that we had enough enemies so it would be better not to stir things up there. But the Greeks woke us up. They shouldn’t have. It is similar to the Cyprus case. In 1974, there was a legitimate Republic of Cyprus and they brought it down by a coup with the clear goal of enosis (union of Cyprus with Greece) in mind. If we had done something similar there would be an international outcry. This is the reason for the founding of the Turkish Republic of Northern Cyprus (TRNC). And from 1974 to 1983, we constantly searched for political legitimacy, for partnership, but we were never accepted. As a person who now lives in Cyprus, I want to share some observations. Now there is a dominant national culture there. There are some stirrings but they are well within the normal workings of the democratic system. People are happy, but they have not forgotten the bad memories, the bloodshed. Every street is named after a martyr. I went to the village of Yesilirmak by chance, it is filled with the graves of casualties of all ages. This was not a fight between two equal forces, these people died protecting their women and children. We are talking about these.

FO: Specifically about the TMT? (Turk Mukavemet Teskilati, a Turkish Cypriot paramilitary organization opposed to union with Greece)
Dr. Şenses: We are talking about the TMT. Or men without an organisation. They gave their blood and were murdered mercilessly. Yesterday was the anniversary of Kanli Noel (Bloody Christmas), and nobody said anything. But they all have memories. Go to Cyprus now and it is a different place. Now they can’t give it up as now it is theirs. They should just let them be now. It is a state of its own now.

FO: Talking about Greece, there are currently tensions between Turkey and Greece in the Mediterranean. As you very well know these tensions tend to reflect on the Aegean as well. Is the current tension reflecting on the Aegean? Will war break out?
Dr. Şenses: If there is a risk that a war will develop into an unlimited war, then it won’t break out. But there are few things which are as difficult as limiting a war at sea. It will be drawn towards an unlimited war. Unlimited war is a war which persists until the destruction of one of the belligerents. The agreement with Libya is great for Turkey, now we are there. We brought it to the UN as well and took the Greeks by surprise politically. After this we’ll defend our rights by fighting if necessary.

FO: Do you think it is possible for this issue to lead to combat between two NATO allies?
Dr. Şenses: Of course, look at how this happened in Cyprus. In one week combat began, at the end of the week, Turkish ships were seen at Yavuz beach. It is very simple. War is a continuation of politics, it is an instrument. We can’t disregard this. What is important is not chauvinist approaches but forming your arguments while being conscious of the risk of war. Being smart, yes war is a bad thing but you have to make your risk management accordingly. Ever since the Bern Accords, the disagreements in the Aegean have been frozen by the consent of both parties. These issues are susceptible to what I call ‘political sublimation’. Political sublimation means issues heat up very quickly; they go from frozen to gas without becoming liquid and explode in a very short time. We have to accept that the parties have enmity towards each other. So it is important to take this as normal and recognize that the Aegean is open to political sublimation, as what happened in the Kardak incident and Cyprus. It is ready to explode all of a sudden. You can’t back down easily and these incidents have political repercussions, especially for the loser. After the 1974 Kıbrıs Barış Harekatı, (Cyprus Peace Operation, known in Greece as the Turkish Invasion of Cyprus) the Junta fell. If the Greeks won they could still be under a junta or some dictator. No one ignores political consequences. All in they said, but they themselves lost.

FO: The Aegean is still a flashpoint and the tensions are rising. This is another question from our Greek writer. Is there anything the Turkish side and its armed forces could do to ease these tensions?
Dr. Şenses: We told them repeatedly that we could share this gas. Our hand is always in the air, they can shake it whenever they please. We know war is bad but if we give up on that gas we will go down in history. Anybody who gives up on the gas (on the Turkish side) will be remembered negatively for generations. The precedent on continental shelves, international law, and ICJ rulings all show that we are right. So we say let’s make an accord, and they won’t even speak with us. As another example, there is a state in existence since 1983 called the TRNC, which they don’t have to recognize the state, just talk to them clandestinely. They recently came together in Berlin, and we say let’s make a deal but they want to end the guarantor status of Turkey in Cyprus. Why? Does that mean they will keep killing there? Let’s both have guarantees. If not, there will be big question marks. Both sides have very little trust for each other. They don’t get along. They ignore us but we are here. Them ignoring us is bad for them as they create incomplete and faulty strategies. The most crucial aspect of strategy is the situation, they misread the situation, they ignore us. Tell your friend that Dr. Şenses advises you to not make incomplete strategies and account for us too. I would advise them to take the Turkish position into more serious consideration. We are ready to make a deal.

Featured Image: American Sailors aboard the USS Cole salute the crew of the TCG Salihreis during a passing exercise. Photo is by John Herman and licensed as US Government Work.