The End of the Fertile Crescent 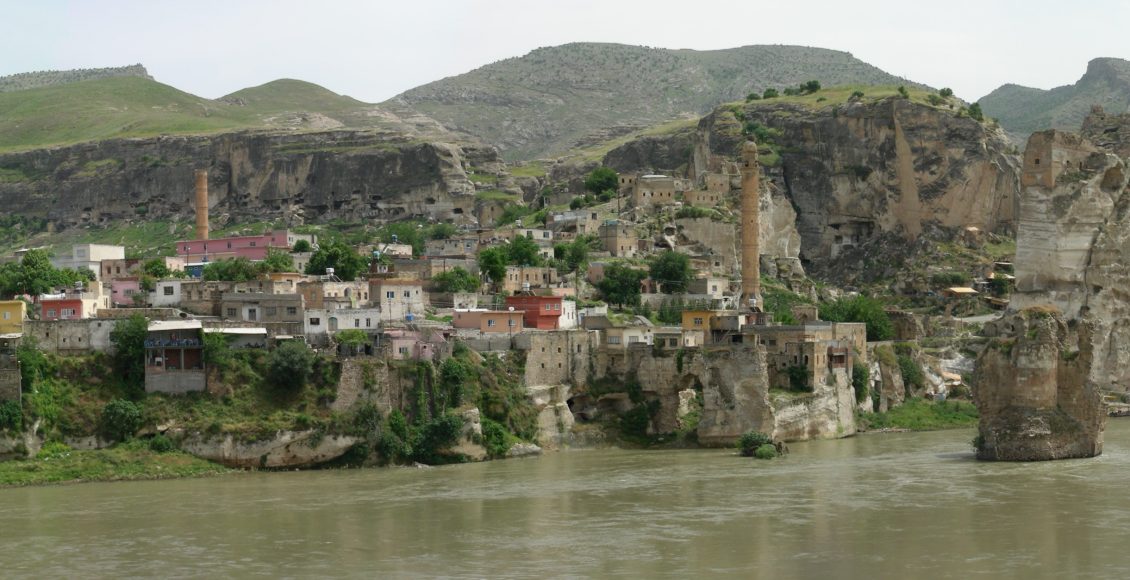 Hasankeyf, a 12,000 year old Kurdish town and heritage site in Southeast Turkey, set to be submerged by a newly constructor hydroelectric reservoir, by Herbert Frank, licensed under CC BY-NC-ND 2.0
Share

This article is part of a series on climate conflict. To read the previous article, click here.

Climate change isn’t about a singular impending catastrophe—it is far more complex than that. The global environmental system is made up of many moving parts, each of them individually affected by climate change and subsequently affecting each other. So while our environment might not transform in one conspicuous event, the combined small changes will add up over time, and tip over into the aforementioned catastrophe.

No place can demonstrate this steady progression better than the Middle East and North Africa (MENA). It is a region in which a diverse set of landscapes and cultures are facing many of the same issues, and it will likely be hit the hardest by climate change. While some areas are vulnerable to rising sea levels, flash floods, and more intense storms, others will face extreme heat, drought, and desertification. Combined together, these are indicators of a system that is transforming in a way that will increase instability in the region. They are also stressors adding to already tense and unstable political situations.

As ocean waters steadily rise, terrestrial waters—lakes, rivers, and inland seas—are rapidly disappearing. In MENA, aggressive water extraction policies have led to the loss of enough water to fill the Dead Sea in just seven years, and major rivers such as the Nile, Tigris, and the Euphrates continue to be dammed for electricity, irrigation, and water security. Desalination of ocean water is an emerging alternative, however, the industry’s energy-intensive plants contribute to global carbon emissions and other types of pollution. More importantly, however, these plants cannot cheaply substitute the growing freshwater deficit and only promote continued overconsumption rather than water conservation. With World Bank estimates suggesting that 6%-15% of the region’s GDP will be harmed by water scarcity, the choice becomes even more difficult.

What is more concerning from a diplomatic standpoint is that 60% of the region’s surface water travels across borders, and all nations share underground water aquifers. While international agreements have been or are being negotiated for the use of natural water resources, today’s plans will have to account for the climatic and geopolitical future, and what has been negotiated in the past might already be obsolete. Downstream populations are suffering from an ever-decreasing water supply. As natural water becomes more scarce, the region will continue to face both domestic and trans-boundary conflict.

Today, the most drastically impacted region is the Tigris and Euphrates river system. Beginning in Turkey and flowing down through Syria, Iraq, and Iran, the river basin is one of the fastest depleting river systems in the world. Since the 1970s, Turkey has been rapidly building dams as part of the Southeastern Anatolia Project (GAP), whose stated goal is to eliminate “development disparities existing between the region and other parts of the country.” Yet, the government has failed to account for the livelihoods affected by such a project. Turkish dams have reduced the flow of water into Syria and Iraq by 40% and 80% respectively, turning once-great rivers into, in some parts, small, traversable streams. Iraq loses 25,000 hectares of arable land annually due to water scarcity, and Turkey plans to continue its expansion.

While generally incentivized by economic growth, the construction of these dams come with its own domestic and regional motivations. It allows Turkey to assert its dominance over downstream nations, who now rely on good relations with their upstream neighbour for their water supply. The three countries that rely on the rivers—Turkey, Syria, and Iraq—have met repeatedly to discuss fair use of the river systems since the 1980s. These agreements set quotas on water allocation, created security agreements, and information sharing to enable efficient and sustainable water resource management.

However, these treaties were made at a time when climate change was not deemed a serious threat, and more importantly, when these nations were, in most aspects, friendly with each other. By the end of this century, the runoff of water into these rivers is projected to decrease by around 25% in a worst-case scenario. Furthermore, the relations between these nations have deteriorated since the signing of these treaties.

Turkey and Iraq have previously been united in their conflict against their Kurdish minorities, pushing them towards security and economic cooperation; however, that has changed since the fall of Iraq’s dictator Saddam Hussein and the subsequent creation of a relatively Kurdish-friendly Iraq. Now, the loss of diplomatic momentum built up in the late 20th century reduces the incentive of returning to the negotiating table. Over time, rapid desertification in Iraq has indicated an insufficient flow of water downstream from Turkey, and Iraq has continued negotiations throughout the 2000s in attempts to remedy this. Turkey, nonetheless, continues to build dams on the Tigris and Euphrates—most recently, the Ilisu Dam—which has come with its own set of complications.

Meanwhile, Syria has negotiated its own treaties with Turkey. However, between 2006-2011, Turkey refused to come to Syria’s aid as they experienced one of the most impactful droughts in centuries that some attribute as a driver of the civil unrest leading up to the outbreak of war. The changing supply of water due to climate change will only add to the urgency behind these treaties, and will make their failure even more damaging to regional stability.

In all these negotiations, however, Turkey holds the upper ground. In controlling the flow of these rivers, protected by the second largest military in NATO, Turkey has little need to negotiate with its downstream neighbours. Instead, it has chosen to enhance its control over water resources while others are distracted by civil conflict.

Turkey’s incursion into Syria in October 2019, the stated goal being the creation of a “safe zone”, might have also had the additional impact of threatening the strategic water resources of its Kurdish enemies. The Kurds inhabit much of the territory where the Tigris and Euphrates begin and where many of its largest dams are located. In the 1980s, the Turkish government constructed the Atatürk Dam as part of the GAP, forcing the resettlement of more than 50,000 people in a majority Kurdish region and burying historic sites under the reservoir. Today, the newly constructed Ilisu Dam looks to do the same, displacing upwards of 70,000 and burying the 12,000-year-old Kurdish city and heritage site of Hasankeyf. Turkey’s incursion could have been an attempt to bring itself closer to the vital Tishrin and Taqbah dams and reservoirs, wresting more water away from the Kurdish majority Syrian Defense Forces (SDF).

Climate change is poised to transform the geopolitical situation in the MENA region. Water is disappearing, and the stresses from their disappearances are driving unrest across nations. These changes are set to harm the most vulnerable members of the region, ones that cannot afford expensive alternatives or to fight back against aggressive governments. The region’s leaders, becoming ever less diplomatic in their solutions, are primed to sacrifice lives for every last drop.