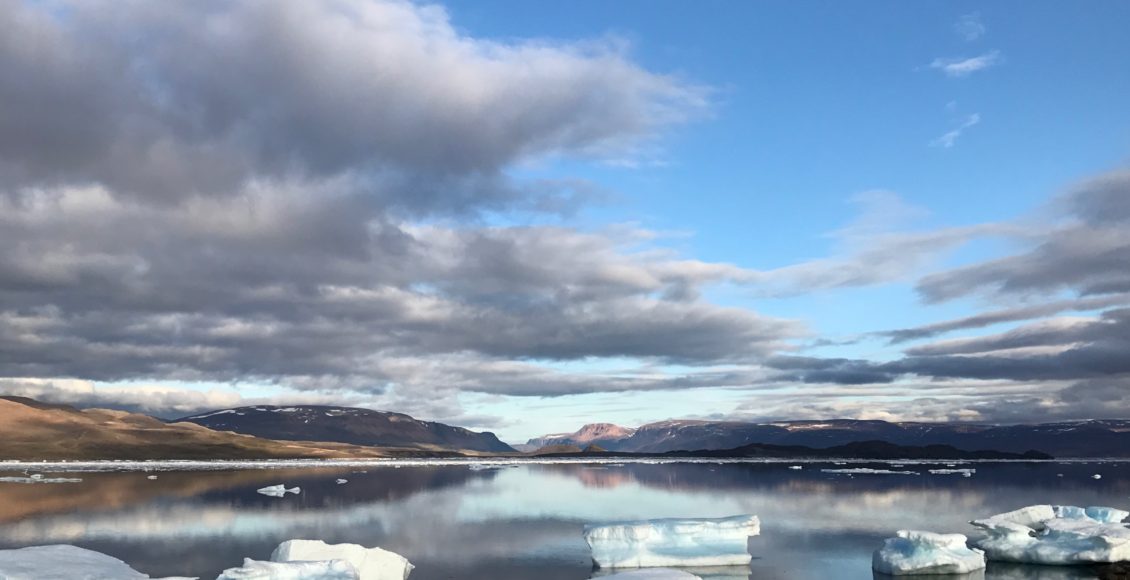 The Hamlet of Arctic Bay, NU. Summer 2017. One of the most northern communities on Baffin Island.
Share

Bringing up Nunavut in conversation often elicits one common reaction—usually something along the lines of “sorry what? where? the place with the igloos?” Growing up in the Ontario education system certainly left my knowledge of the territory enshrouded in this mysterious, uninformed perception of its indigenous inhabitants. Unfortunately, mainstream media often doesn’t pick up on the far north, or the fact the territory has been struggling with the crises that come with “modernity”. While it should go without saying, the Inuit are not an ahistorical people that continue to exist outside our time. They are active members of our nation and can exist as both contemporary and traditional peoples.  As the territory seeks to develop its communities, the Nunavummiut carry the burden of colonization as well as the honour of tradition. However, in the minds of most “southerners”, besides igloos, polar bears, and inuksuks, what else is there to the Arctic?

For those who may not be familiar, Nunavut is the most recent addition to Canada’s territories; in fact, last year the territory celebrated its 20th birthday. This historic anniversary highlighted the landmark decision on April 1, 1999 for Nunavut to split from the Northwest Territories and form an autonomous body where the Inuit could finally exercise their right to self-determination. However to date, in similar trends with other remote communities, the population continues to face significant barriers to employment, healthcare, education, and mental health resources. In recent years, Nunavut has seen a devastating increase in suicide rates and a rate of violent crime that is seven times higher than the national average. With a population just under 40,000, and approximately half of them being under 18 years of age, these youth—the future of Nunavut—face hurdles that are incredibly multilayered and complex. For example, even though all of its communities are dry (with the exception of the capital Iqaluit), many of them continue to be plagued by drug and alcohol abuse. Moreover, the price of goods within the co-ops are sky high due to freight costs, leaving food insecurity a daily struggle for many living in remote communities.  Situations become so severe that some young people resort to taking their own lives because fighting so desperately for a future can feel like an impossible task when you have little to no support system in place.

However it is important to note that this is article is certainly not intended to generalize the Inuit across the territory, or depict them as victims inherently more prone to social issues, unemployment, or violence than the rest of Canada. I’ve actually been incredibly fortunate to have heard some of their stories during my experience in the territory and, like anywhere across the world, if allocated the proper tools and resources, the territory is more than capable of sustaining their communities. Having had the opportunity to work alongside some amazing, hardworking, and educated individuals, I certainly don’t want readers leaving this article thinking we need to ‘save’ the Inuit in a paternalistic sense.  I’ve spent months mulling over how to best encapsulate my experience without accidentally falling into tropes within a white saviour complex or this fallacy of modernization which dominates development discourse. Their stories do not exist to make those with privilege learn something about themselves, however, they instilled in me a first-hand realization of how deep the wounds of forced relocation, residential schooling, and the federally sanctioned program to ‘assimilate’ really are. They also showed me how the current system is clearly not adequately addressing major structural issues that prevent lasting change.

The Nunavummiut have a very unique experience in that contact with Europeans happened significantly later than in other indigenous communities across southern Canada due to the hostile weather and remoteness of the Arctic.  Because of this delayed contact, the language—Inuktitut—remains a mother tongue or secondary language for a majority of Inuit, with a variety of regional dialects that are still very much alive. However, the memories of the systemic oppression they faced especially throughout the early 1950s to the 70s are still burned into a collective consciousness.  That era, in particular, represented a time where Arctic exploration gained new political significance given the Cold War context; it scarcely mattered about the wellbeing of the Inuit, as they were just pawns in the eyes of government objectives. I was stunned to hear that people, who are now barely in their 50s, had siblings that were kidnapped by the RCMP, or were forcibly relocated to federally constructed communities with virtually no natural resources for hunting or infrastructure. This trauma is not confined to a far away colonial past, but something that transcends generations. No longer able to live solely traditionally, but not granted the full set of benefits that come with modernization, the Inuit face a dilemma that is consistent throughout the global south. Canadians like to boast of our superiority, especially in light of the actions of our neighbour, however, we seem to forget about our Inuit community to the north, or the plight of other indigenous communities spanning the country.

It appears to be the age-old question in development: how do we promote equitable, sustainable change without just throwing money at bandaid solutions, which in and of themselves perpetuate a myriad of problems? How do we break this poverty trap without imposing a western standard of “progress”?  I’ve seen it first hand within the territory, how well-intended initiatives can get stuck in the bottleneck of bureaucracy or fizzle out as a result of mounting costs. For example, while a STEM day camp running for a few weeks in the summer break is a great initiative, eventually the volunteers go back south and the school children participating in the program are left in the exact same spot. If we truly wanted more Inuit kids engaged in these programs long term, wouldn’t it make more sense to ameliorate the overwhelmingly burdened education system with greater resources? On the other hand, buying infrastructure isn’t the sole solution because for example, while a community might get a turf field installed to encourage year-round physical education, it does no use sitting there collecting dust if there aren’t any local individuals trained to administer programs.

Another huge gap I witnessed in the territory was within the healthcare system. A majority of health care professionals are from southern Canada, which has not only posed a problem for patients looking to communicate with doctors in their native tongue but has played into this overstretched system. Often there is only a single nurse available within the community clinic who is so overworked they are unable to manage the high degree of requests in a timely manner. For example, given the prevalence of tuberculosis (TB), TB tests are often required for employment, particularly within enclosed mine sites, however many are unable to get a test filed in time to secure their start date. It was disheartening to see that people who were readily awaiting their employment were told they couldn’t get on the plane due to something entirely out of their control. People can be stuck waiting for weeks until a trained professional is finally available to administer certain tests, or more importantly, to administer treatments or referrals, which can prove fatal for those who don’t have that kind of time. Especially since addiction or mental health services are few and far between, one can only imagine the difficulties of suffering in what feels like complete isolation. It can be quick and easy to blame individuals for their addictions or problems from an office down in Ottawa, however, we need to be cognizant as to why people would feel such a drastic need to escape their realities.  An audit of the Nunavut health care system in 2017  confirms these deficits in health care facilities as it illustrates just how the Department of Health has failed to provide adequate support or training to health centres across the territory.

Since teachers, nurses, doctors, and other critical deliverers of public service are overworked and under-resourced they will eventually leave Nunavut after a few years, creating an absence of permanency or self-reliance within these communities. However, plucking individuals out of their communities to send them somewhere with better training or resources can also pose problems given the dependence in Inuit communities on tightly knit kinship networks.  Therefore, undertaking these infrastructure issues can seem like an insurmountable task with upfront costs of both time and money that no one, especially not the federal government, seems willing to take on. The territorial government and regional bodies have also been criticized for not addressing these kinds of structural issues that inhibit genuine change. While they can buy one-off big ticket items for communities, such initiatives are honestly considered piecemeal for what needs to be done to remind the youth they have a future ahead that isn’t confined to their current circumstances. Yes, it will be expensive, time-consuming, and difficult, but does that mean we should continue to ignore these problems?

I wish I had a straightforward answer to how this can be done, I mean obviously if there was, you could assume poverty and inequality would cease to exist. This is something I have been struggling to come to terms with: how can we reconcile developing and uplifting communities while simultaneously protecting their traditional culture and the environment? Although the convergence between Inuit Qaujimajatuqangit (traditional knowledge) and development is certainly possible, we need to be willing to cooperate with each other, which is, unfortunately, a lot easier said than done. There is no overnight solution, no short cuts or cheats, and the sooner we accept that the sooner the territory can start building up for their tomorrow. We can’t force a top-down approach that conveniently ignores the intricacies and nuances within Nunavut; it clearly isn’t working.  It is such a beautiful territory, with a rich culture and even kinder people. They deserve better.