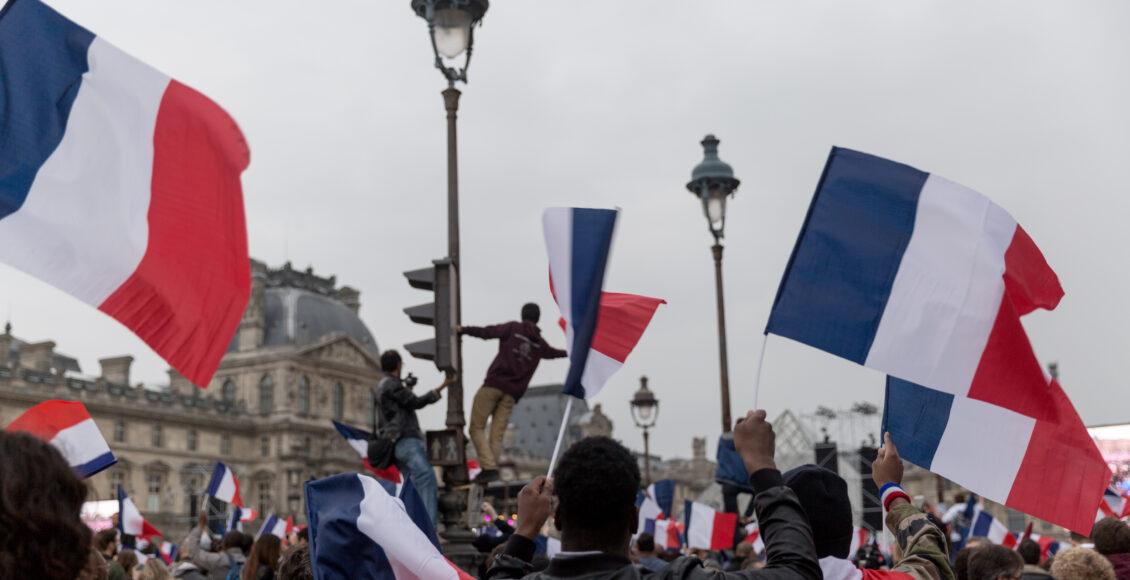 This article incorporates quotes and excerpts from an interview between the author and François Mari, an HEC Montreal student and co-founder of the Elyze mobile application.

In April 2022, the French will go to the polls to elect their new President of the Republic, to succeed Emmanuel Macron in a five-year term of office. The presidential race, which began in 2021, is taking place in a time of uncertainty. While the campaigns of each candidate focus on the hot topics of the moment such as the economic recovery, the handling of the COVID-19 pandemic, immigration, or climate change, the role – or precisely the lack of role –  played by young voters is becoming crucial in the French political sphere: there has been a significant decline in voter turnout since the 2007 Presidential elections, and this drop-off is even more striking among young people between 18 and 24 years old. In 2017, only 18 per cent of registered voters aged 18 to 24 participated in all rounds of national elections, compared to 32.4 per cent in 2002.

While it is commonly believed that young people are uninterested in politics and that this topic is mainly reserved for discussions between adults, members of younger generations actually show a strong interest in current events. They frequently share their political opinions on social media, which is their primary means to access information. As a survey by the French Ministry of Culture states, 71 per cent of 15 to 34 year olds consult the news daily via social media platforms. Therefore, if the younger generations appear to be interested in the politics and current events of their country, what are the reasons for their high abstention rate in elections?

Members of Generation Z are strongly mobilized on social issues such as the environment, racism, or feminism, as illustrated by the blossoming of movements such as Black Lives Matter, #MeToo, or the Climate Marches of the last few years, which took off through social media. Unfortunately, these social concerns are not always shared by elected officials, marginalizing young people and their concerns from the current political discourse. This leads to a generalized impression of a “political glass ceiling”, according to François Mari, between the social expectations of young people and the policies implemented by the government. To some extent, abstention is even used as a political tool to express a conscious and deliberate form of protest against the electoral game of the moment.

Another explanation for low voter turnout among the youth is the crucial lack of information about political matters communicated to young people by republican institutions. The lack of media coverage on the need for new adults to register to vote in electoral lists demonstrates the state’s failure to include younger generations in the political domain. This “phenomenon of misregistration” is very common among young people still living with their parents or living abroad for their studies or work, and explained more than 29 per cent of the abstention rate of 18 to 35 years old during the regional and departmental elections of June 2021.

The gap between the candidates and the young public is also due to poor media coverage. When looking at the candidates’ presidential campaigns, we can see that Gen Z is starting to be taken into account in their platforms. For example, Macron’s “pass culture“ aims to ensure better access to French cultural materials and activities for young people. Consequently, the problem does not lie in the content of the candidates’ programs, but rather in the form, using  old-fashioned means of communication to connect with their young voters. In short, for Mari, candidates “don’t know how to use today’s codes to be heard by young voters, or they use them in the wrong way,” which translates into a weak communication interface between the youth and the older generations involved in politics, and thus a failure of youth electoral participation.

This growing rise in political abstentionism among young people is indicative of a disconnect between citizens and political life, to the point that some even speak of a crisis of representative democracy. According to constitutional law experts, this crisis can be countered by rethinking the foundations of representation and making a special effort to reach all age groups. Therefore, while traditional media such as radio and newspapers are deserted by young people, new platforms represent an alternative source of information and a tool for rallying teenagers to politics.

Launched in early January 2022 by François Mari and Grégoire Cazcarra, Elyze is a new and groundbreaking application already downloaded more than two million times in France, which aims to reconcile young people with democratic voting. The two university students came up with the idea of a free, playful, and accessible application, based on the principle of Tinder and other dating apps, where the user can swipe right (or left) depending on the appeal of electoral agendas proposed to them. Based on the choices, the algorithm calculates a percentage of affinity with each candidate through preference ranking while presenting their electoral platforms.

The two friends, members of the politically active movement “Les Engagés,” expressed their disbelief at the rate of abstention in the June elections, where nearly nine out of ten young people dismissed the polls. From this shock was born the desire to create a media aimed at the younger generation, encouraging them to invest themselves in politics and play a role in the next elections. According to François, this “Presidential Tinder” is in line with the “civic tech” movement, which uses internet codes and new technologies to facilitate the democratization of the public space by allowing each person to “be their own media” while reaching the online generation. Interestingly, the intuitive “sliding model” of the application has not been limited to Gen Z members but has reached both parents and grandparents. Overall, we are seeing the emergence of an engaged generation that uses social media as a tool to engage with young people, share news, and organize political debates.

In line with the creation of Elyze, a SciencePo Paris graduate named Hugo Decrypte has amassed more than 1.4 million followers on Instagram by sharing daily news recaps to his audience. His recent Youtube interviews with candidates of the Presidential elections contribute to increased access to political information aimed at the French youth.

All of these initiatives launched by young adults could provide an effective solution to the lack of interest from 18 to 24 years old in politics. It remains to be seen whether the next elections will be marked by increased democratic participation of young people or – on the contrary – whether they will represent a definitive turn in the abstention of the youth in politics. As the civic tech movement takes off, it is also incumbent on institutions to adapt their discourse and communication strategies to young people to enable their active participation in political life and avoid a potential democratic crisis.

While waiting for the Presidential elections in April 2022, French citizens will find resources below to register to vote in Montreal or outside of France in general:

Featured Image: “French Election: Celebrations at The Louvre, Paris” by  Lorie Shaull is licensed under CC BY- 2.0.