The Gloomy Future of Sino-US Relations under the Biden Administration 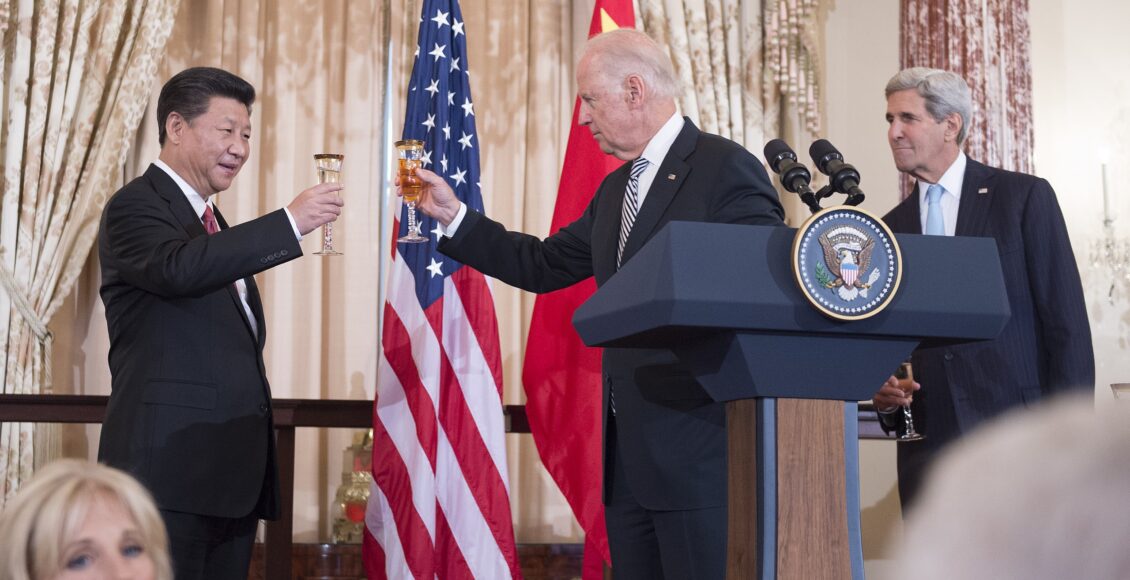 Following the chaotic 2020 United States election, foreign leaders’ reactions to the election’s outcomes have drawn much attention from the media. Traditional American allies, such as the UK and members of the European Union, congratulated Biden immediately after the US media first projected that he was the President-elect. Other countries, however, decided to wait for the outcomes of the Trump administration’s many legal challenges. For example, the President of Mexico, Andrés Manuel López Obrador, chose not to congratulate Biden in order to avoid potential “friction” with the incumbent administration. Similarly, the two main US adversaries, Russia and China, did not react to the election result immediately. Even after Chinese President Xi Jinping finally called Biden on November 25, Putin still remained silent. Although the transition of administration would bring some differences in US foreign policy, the nature of Sino-US relations would still remain competitive for the foreseeable future.

Prior to the election, many wondered whether China favoured a Biden or Trump victory. Trump supporters believed that the Democrats’ relatively “soft” stance towards the Chinese Communist Party and its emphasis on multilateralism would allow China to take advantage of the US in issues such as trade and geopolitical expansion. To exacerbate these sentiments, on different occasions, Trump outrageously claimed that a Biden victory would let China “own the US” and that its citizens would have to learn Chinese in the future. On the other hand, many perceived Trump’s unilateral approach to international issues and his negligence of his allies’ interests as severely weakening the US’s international relations. Many in China mocked Trump by calling him “Chuan Jianguo.” This term’s literal meaning is “Build-the-Country Trump,” with the “country” referring to China.

From the Chinese authorities’ side, the election result will not have a major impact on its general strategy towards the US over the next four years. Given Trump’s escalation of US-China tensions over the past four years, it would be unrealistic to expect that Biden’s election would mark a 180-degree turn in US foreign policy. After all, the President-elect still referred to China as the US’s biggest competitor and called President Xi a “thug” during the presidential debate.

Unlike in the Trump administration, some have predicted that Biden’s approach to China will differ in terms of their intensity and speed. Biden is likely to avoid incidents such as when, in the same month, Trump instituted both the Huawei ban and the second round of tariff escalation (on over $200 billion worth of goods). Instead, Biden’s approach will concentrate on long-term issues and engage in conflict with China in a much more subtle way, such as undermining China’s core interest and sovereignty in the South China Sea through the arbitration in 2016, where the Permanent Court of Arbitration denied China’s claim for sovereignty over a large part of the South China Sea.

In fact, there has been wide speculation suggesting that by renewing their emphasis on multilateralism (as Biden is expected to do), the US may manage to construct an anti-China bloc, aiming to restrict China’s expansion across different portfolios. Technologically, it is reported that the EU and the US could possibly collaborate together to prevent the Chinese from dominating the high-value sector by “developing its own widely used technological and industrial standards.” From an economic perspective, as China’s “Belt and Road” initiative has reached countries such as Italy and Portugal, Biden’s pro-multilateral attitude will provide a bulwark against China’s economic expansion in Europe.

One thing is clear: as China continues to challenge the US’s hegemonic position, competition will remain the main theme of Sino-US relations over the next few decades. Biden and Trump’s policies are only different in terms of their approaches to China. Whereas the former looks at the world order as a whole and seeks to restrict China’s power within it, the latter focuses largely on China itself and pursues much more blatant and direct policies.

Despite the fact that Sino-US relations are likely to remain frigid in the future, many believed that the outcome of the election signalled a bright future for China in this protracted struggle. Although Biden managed to win over 80 million votes, Trump, surprisingly, still accrued over 74 million (the most by a sitting president) despite his administration’s poor performance in 2020. The vast number of Trump supporters implies that right-wing populism is still extremely influential within America. As a result, social division in the US in terms of class, ethnicity, gender, and other factors, may prevent the Biden administration from emphasizing foreign policy.

Another positive for China is Trump’s reluctance to step down. There has been speculation suggesting that China may initiate a sudden military offensive during the US’s transition of power. Similarly, in 1962, Chinese troops quickly defeated the Indian armies along its borderline while the US was tangled in the Cuban Missile Crisis. A potential objective for Beijing’s military action could be Taiwan, as it may be the best time to achieve Chinese reunification with the US unable to intervene. Trump’s refusal to concede would make the transition period of the US government much longer, therefore indirectly encouraging China to use its forces in this window of instability.

Taking all elements into consideration, it is unlikely that Sino-US relations will improve in the long run, as the conflict between the first- and second-most powerful countries has been almost unavoidable. If Biden’s strategies are executed consistently, China will find it much harder to influence global issues outside of East Asia. However, Trump’s high popularity, which may bring him back in 2024, could hinder Biden’s efforts at creating a global anti-China bloc. Also, the long-lasting transition period of the US government had provided Beijing with a chance to reunify Taiwan and break through the First Island Chain.

Featured Image: “Vice President Biden Raises a Toast in Honor of Chinese President Xi at a State Luncheon at the State Department” by the US Department of State is licensed under CC0 (public domain).