Boeing, Blackwater, and the Military Contractors in Congress 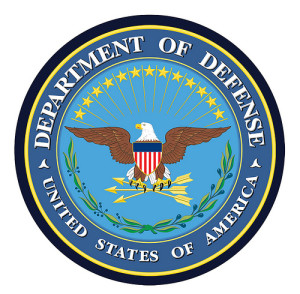 Not many people would be surprised by Defense spending statistics. Like the idea of the “one percent”, the black hole that is the Department of Defense (DoD) has become another seemingly inevitable fact of life to most Americans; an insatiable maw upon which American existence delicately reposes, the discussion of whose growth on most major TV networks somehow take

s a backseat to arguments over a couple million dollars of Planned Parenthood funding. This is apparently the situation unless, of course, you’re someone like Ted Cruz, in which case the DoD has been decimated to one last half-starved cavalry horse stalking the abandoned halls of the Pentagon. Cruz’s plan for a return to Iraq War military spending is compensated for by his willingness to cleave away chunks of the domestic budget. These chunks include the Internal Revenue Service (IRS) as well as the Departments of Education, Energy, Commerce, and Housing and Public Development.

This absurd rendering of the federal budget would be less frightening if its existence were limited only to the minds of Ted Cruz and the collection of successively smaller, porcelain Matryoshka dolls that live inside of him. But this theory is more or less along the lines of mainstream Republican consensus. For Republicans as well as for many Democrats, the size of the DoD is a relative nonissue. School funding and public housing lose out to cruise missiles and government contracts, to private weapons manufacturers and their lobbyists in Congress.

The proposed Defense plan for 2017 includes 523.9 billion for the DoD, out of 773.5 billion in overall military spending (this includes the State Department, the FBI, Homeland Security, etc.). A huge part of this budget goes towards private contracting, to companies like Boeing and Blackwater who provide goods, services, and research and development to the military and rake in as much as 285 billion dollars from the budget for doing so. In 2010, private military companies like Blackwater alone were raking in 50 billion in exchange for non-military fighters in Iraq and Afghanistan.

The president’s proposed 2017 Education budget for our failing school system is, by comparison, 69.4 billion dollars. 1 billion has been slated to improve the quality of teachers by raising salaries and hiring new ones. That’s 500 million dollars less than what was awarded just to Blackwater in government contracts over the course of the Iraq War, despite the infamous 2007 Nisour Square shooting in which Blackwater employees massacred 17 civilians from their trucks at a traffic light. 2007 was, incidentally, the same year in which the number of private contractors in Iraq came to par with U.S. troops.

Any time the DoD does pretend to try lowering its budget, it offers cutting troop salaries and health benefits, proposals which are inevitably rejected by Congress. Government contracts, protected by lobbyists, go untouched.

Far from succeeding in reining in DoD spending, Congress has made an effort merely to understand where the money in fact goes by issuing a demand that the DoD be prepared for an audit by 2017. The Government Accountability Office, which is responsible for such auditing, continues to point out in its reports “serious continuing deficiencies” in the DoD’s accounting (accounting which would be required for any such auditing). But, as Ralph Nader points out in a recent article, the same congressmen who complain about the DoD’s “inauditable” books are the ones who have been doubling its budget.

“The principle culprits, because they have so much to lose in profits and bonuses 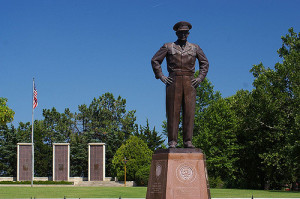 ,” he says, “are the giant defense companies like Lockheed Martin, Boeing, General Dynamics, Raytheon, Northrop Grumman, and others that lobby Congress, Congressional District by Congressional District, for more, more, more military contracts, grants and subsidies.” Once these contractors are done seducing public officials with campaign donations and publicity, they hire retiring politicians, just like so many other corporations today.

President Eisenhower’s famous farewell warning against the “military-industrial complex” sounds as tragic today as it must have sounded unlikely in 1961. “Only an alert and knowledgeable citizenry can compel the proper meshing of the huge industrial and military machinery of defense with our peaceful methods and goals, so that security and liberty may prosper together.” One feels a profound sense of failure on all fronts.