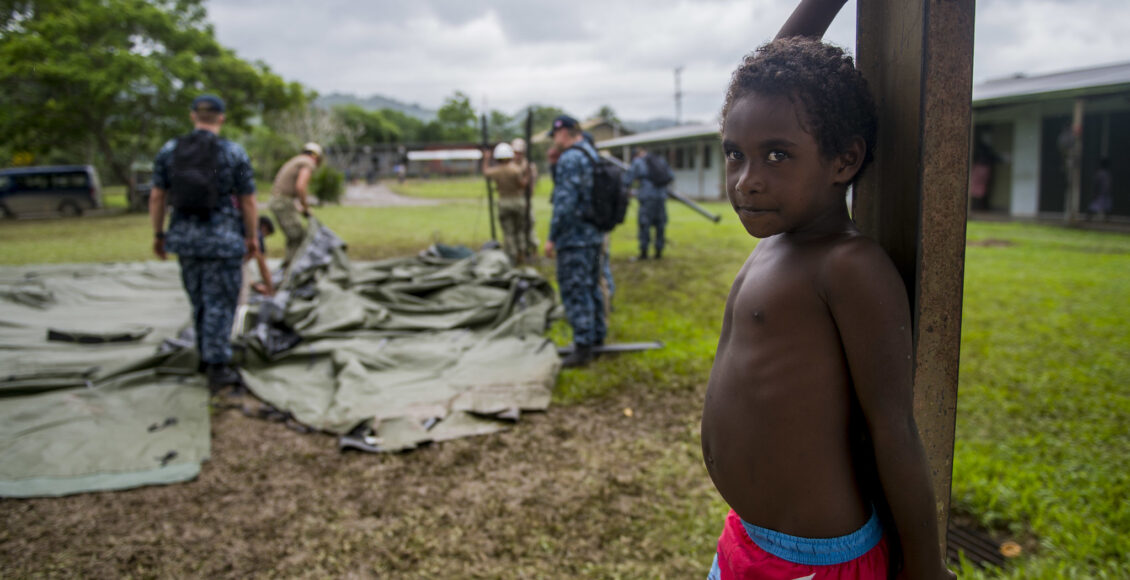 In 2027, the world will see the first newly independent country since South Sudan in 2011. Bougainville, an autonomous province in Papua New Guinea (PNG), voted almost unanimously for independence in a 2019 referendum, and their government has recently finished talks with the PNG about gaining complete sovereign power by 2027. The tiny island nation may have slipped under the radar of mainstream media, but it may soon challenge the mainstream understanding of the nation state.

Bougainville’s 2019 referendum for independence signified another chapter in a nearly 62-year struggle for sovereignty, starting with the 1960 discovery of highly profitable copper and gold at the heart of the island. Though notions of a sovereign Bougainville nation had existed prior to the independence of PNG from Australia in 1975, the mines became key in solidifying the ethno-nationalist division between mainlanders and Bougainville natives: jobs went to mostly non-Bougainvilleans, profits were allocated away from the island, and the environment – deeply protected and respected by the native population – was repeatedly exploited for its natural resources. Tensions reached a boiling point in 1988 when secessionists targeted the central Panguna mine, leading to a civil war that would claim as many as 15,000 lives.

In 2001, the conflict came to an end following the signing of the Bougainville Peace Agreement, which granted Bougainville unprecedented autonomy and resolved to work towards peaceful independence. Taking nearly 20 years to be realized, the independence referendum in 2019 and the subsequent 2027 date of independence are products of a bloody conflict that ultimately casts a shadow over the legacy of freedom in Bougainville.

In its current state, Bougainville faces serious challenges regarding its economic viability as an independent country. The PNG National Research Institute estimates that the island has a GDP per capita of approximately $1,100 USD. This places a newly independent Bougainville among the ranks of countries like the Democratic Republic of the Congo, Niger, and Somalia, which face notable challenges in poverty, health, and stability. Approximately 85 per cent of the Bougainville government’s revenue is from PNG, demonstrating an extreme dependence on external support.

Bougainville evidently faces a common issue for recently-created nations: a tiny, unsustainable economy. Made up of primarily small-scale agriculture and mining, Bougainville’s domestic output is too small to support a growing, independent nation. Nevertheless, expansion of the mining industry, especially in the lucrative Panguna mine, could tap into resources worth up to $58 billion, or about 200 times the current yearly output of Bougainville. However, this arguably creates more issues than it solves, at least in its current state. A government-led effort to nationalize the mine could exacerbate tensions between domestic groups — much like it did in the 1970s and 80s. Additionally, developing a reliance on the single industry, while theoretically profitable, is functionally problematic. Take Timor-Leste, another case of a small island nation battered by civil war and dependent on a single resource. In 2002, Timor-Leste gained independence from Indonesia, became Asia’s poorest nation, and attempted to resolve its economic shortcomings by tapping into its valuable oil reserves. However, the government has failed to utilize the revenue efficiently and only worsened the socio-economic issues plaguing the nation.

South Sudan in 2011 faced a similar issue. Haunted by a history of the war that eventually contributed to its separation from Sudan, South Sudan became independent with abundant oil reserves to generate revenue. While the government has drawn upon the lucrative resource, the nation has received little economic support from the endeavour thanks to rampant corruption and mismanagement among officials, leading to continued suffering in health, poverty, education, and civil war.

The economic troubles of both South Sudan and Timor-Leste can also be attributed to the issue of national unity and governance in the nations — something Bougainville struggles with as well. Armed non-government factions, like Me’ekamui U-Vistract, pose a threat to stability and contribute to continuing disputes over property rights. Furthermore, attitudes towards independence and the civil war have fuelled deep-rooted divisions between moderates and hard-liners, fracturing both the Bougainville military and political systems. As in South Sudan and Timor-Leste, Bougainville’s government struggles to be an efficient, transparent organization that can maintain order over the island and risks becoming yet another unreliable government exploiting a lucrative resource for its own benefit.

However, Bougainville has shown the potential to avoid the major setbacks new countries face. Despite the aforementioned issues in government, the Parliament of Bougainville demonstrated its commitment to good, fair, and compassionate governance by blocking proposals by the president that would have contributed to a less democratic public service. Additionally, Bougainville’s Department of Treasury has supported studies mapping out the economy and avenues of potential success, helping to provide insight into creating consistently strong revenue. Various other sections of the government of Bougainville have directly highlighted issues on the island and created strong proposals to address them.

Ultimately, Bougainville will be the next case in state formation and survival in the contemporary world. In his article “War and the State in Africa,” scholar Jeffery Herbst argues that while the conflict in Europe fuelled nationalism and unifying traditions, warfare in Africa fractured states and their resources. States in the Global South face a history of exploitation from larger powers, and messy paths to independence often highlight problems in post-colonial governing bodies. While having notable advantages compared to previous new states, Bougainville will have to move past its history of natural resource exploitation and conflict that has created cleavages seen in other newly-independent nations, such as South Sudan and Timor-Leste.

For Bougainville, independence will be difficult. Plagued with both internal and external issues, the country will be challenged with directing itself towards a path of sustainable growth rather than instant profitability. However, Bougainville continues to demonstrate how it can be different from past examples of “failed states.” If it recognizes and addresses its problems — something the government has, so far, demonstrated its willingness to do — it has a clear direction for success. Unlike South Sudan and Timor-Leste, whose secessions were followed by conflict and poor relations with their neighbours, Bougainville aims to maintain an “amicable” relationship with PNG and has spent the past two decades working to heal from its civil war. 2027 should see the world’s newest country since 2011 and, despite its many challenges, there is reasonable hope that Bougainville will be a story of success.

Featured Image by US Pacific Fleet is licensed under CC BY-NC 2.0.