The Slow War of Voting Discrimination 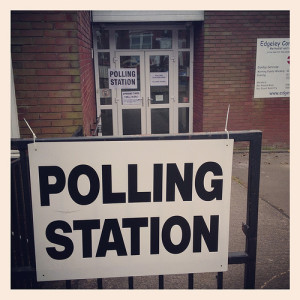 The Supreme Court rejected on Monday a challenge to the ‘one person one vote’ principle, which designates that states may count every person, whether a citizen with voting rights or not, in their electoral districts. This means that children, illegal immigrants, and those who are here legally but are not yet citizens, are included in determining the number of delegates for each district, a longstanding reality in American politics. And the challenge came from, you guessed it, white Republicans in Texas.

The case was brought by two Texas residents who argued, strangely, that the principle is unfair for people who are eligible to vote inside of districts that contain large populations who are ineligible. As an article in the Guardian said, “shifting the method would most certainly lend greater power to states with wealthier populations with mostly white voters, and away from urban and more racially diverse areas.”

University of California law professor Richard L. Hansen pointed out that what was important was not only the Supreme Court’s refusal to mandate that states count district populations based on eligible voters, but its reaffirmation that they were not allowed to do so if they wanted to. “It’s hard to stress enough what a victory this is for liberal supporters of voting rights,” he said.

This is but the latest in a long line of efforts to disenfrachise  non-Republican (read: non-white) voters, about which I have written before, and which always include that thinly veiled racism that has become the general disposition of the republican party in all of its glorious aspects. In 2011 Scott Walker, despised republican governor of Wisconsin and brief star of this year’s primary election spectacle, solved the state’s imaginary voter fraud problem by signing into law a voter-ID bill. This was initially turned down by a federal district judge, only to have that decision overturned by an appeals court. Walker simultaneously dismantled the Board set up to provide assistance to the roughly 300,000 state residents who would struggle to get the required identification now required to exercise their democratic rights.

This bill slipped into existence like the so many others in the last several years that have increasingly become a normal part of the American voting process. The voter-ID law has become the new major form of discrimination during the election season, and it has received almost no discussion this year. Monday’s decision is a big victory for decent people in America, but the fight against voter discrimination has more and more become a series of defenses against Republican efforts to set back the clock.