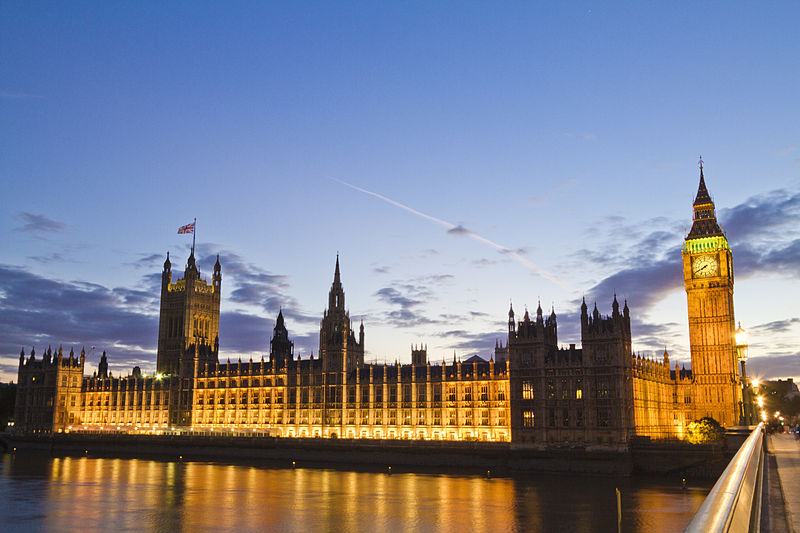 On March 29th, the United Kingdom (UK) is supposed to leave the European Union (EU) according to the two-year deadline imposed by Article 50. Prime Minister (PM) Theresa May’s Brexit Withdrawal Agreement was rejected by the House of Commons by 230 votes, the largest margin in British political history on January 15th. With 17 days until Brexit, a slightly adjusted Withdrawal Agreement was once again rejected by the Commons on March 12th. Further votes on March 13th , saw the Commons vote to reject leaving without a deal. March 14th saw a vote to extend the Article 50 deadline pass, conditional on the outcome of a third vote on the Withdrawal Agreement to be held at some point during the week of March 18th. These three Brexit Days in March were crammed full of tight votes, Ministerial rebellion against the government, and drama. However, the three Brexit days in March resolved little about the form of Brexit, with only days left until it is supposed to finally happen.

The main issue for many Conservative MPs who voted against the Withdrawal Agreement was the Irish Backstop. The backstop is designed to prevent a hard-border, immigration, and customs checks between Northern Ireland and the Republic of Ireland. Northern Ireland from 1969 to 1998 was gripped by the Troubles, an armed conflict between the nationalists who wanted Ireland to be reunified and the unionists who wanted to remain part of the UK. To help end the conflict and address the identity crisis in Northern Ireland politics, the hard border between Northern Ireland and the Republic of Ireland was removed. There is no desire in the UK or the EU for a hard border and risking the return of the Troubles. However under the Withdrawal Agreement, if the UK fails to agree on its future relationship with the EU by the end of 2020, the backstop will have to be activated to prevent a hard border.

If the backstop is implemented, the UK will remain part of the EU’s customs union and Northern Ireland will remain part of the Single Market for goods. Therefore, Northern Ireland will be separated from the UK by a regulatory barrier. The Democratic Unionist Party (DUP), who are in a confidence-and-supply agreement with the Conservative Party, reject the backstop as Northern Ireland would be treated differently from the rest of the UK. Furthermore, membership of the customs union means the UK would have to abide by EU law yet would have no role in rule creation. An internal Conservative Party caucus, the eurosceptic European Research Group (ERG) is opposed to this as the UK would be a rule-taker from the EU – a direct violation in their view of the UK’s sovereignty. The legal advice published by the UK Government’s Attorney General suggested that the backstop could last indefinitely and cannot be unilaterally ended by Britain without agreement from the EU, further displeasing both groups. Given these two groups’ concerns and that the Opposition parties were united against the Withdrawal Agreement, it was unsurprising it was voted down by such a large margin on January 15th.

Day One: The Second Meaningful Vote

The Commons on January 29th passed a motion calling for the backstop to be replaced with alternative measures, indicating a Withdrawal Agreement without or with an adjusted backstop could pass. On March 11th, a day before a second vote was due to be held on the Withdrawal Agreement, Theresa May secured additional reassurances from the EU on the backstop. Firstly, a “joint legally binding instrument” which stated the EU and the UK would only intend to use the backstop as a temporary measure. Secondly, added to the non-legally binding Political Declaration on the UK’s and EU’s future relationship, was a commitment that both sides would try and replace the backstop with technological solutions by 2020, before the backstop would need be activated. Thirdly, a non-legally binding “unilateral declaration” by the UK about ways it possibly could exit the backstop if it was activated.

However, the Attorney General felt the measures did not address the risk of the UK being indefinitely tied to the EU so did not change his legal advice. Although these additional reassurances were enough for some Conservative MPs to support the Withdrawal Agreement, it was not enough for the ERG and DUP as in their eyes the backstop remained unchanged. The Withdrawal Agreement was rejected for a second time by a margin of 149, smaller than the first vote but still a significant and difficult hurdle to overcome.

There was then a final vote on an amended motion which ruled out No-Deal under any circumstances. Theresa May had originally planned to allow a free vote, under which she would not instruct Conservative MPs on how to vote, but changed her mind and ordered Conservatives MPs to vote against the motion, imposing a whip. This was shocking in several ways. Firstly, she went back on her word about a free vote. Secondly, the motion prior to being amended had been her own, therefore she was asking her MPs to vote against her own motion. Despite the imposition of the whip, the motion was still passed. However, this was just a statement of the Common’s position, under law the UK is still set to leave the EU on March 29th regardless of a deal or no deal. Therefore, if an attempt is made to implement the motion in law, the tight votes seen on the Day Two could be repeated and possibly reversed.

Worst for Theresa May, several pro-EU cabinet ministers defied the whip and abstained from voting rather than doing as instructed and voting against the motion. Normally, under Cabinet Collective Responsibility if a Minister defies the whip they must resign, but none of the Ministers who abstained did. Their defense was because they supported the Withdrawal Agreement, they still supported the government so did not have to resign. Theresa May could not sack them without losing the support of the pro-EU faction of the Conservatives and further dividing her party.

There were several amendments which had to be voted on. An amendment which would have allowed MPs to take control of Brexit from the Government was defeated by only two votes. Another amendment calling for a second EU referendum was rejected by a large margin, 334 votes to 85, as the majority of Labour MPs abstained. However, it did not take the option of a second referendum off the table, indeed the People’s Vote, an organisation campaigning for a second referendum asked MPs to abstain, saying it was a battle for another day.

With the amendments successfully defeated, the Commons voted on extending Article 50. The Conservative Party got a free vote. An extension to the Article 50 deadline was passed by 413 to 202 votes. However, a majority of Conservative MPs voted against an extension including the Brexit Minister who ironically had given the Government’s official speech on why MPs should vote in favor of an extension. It is clear that the Conservative Party is incredibly fractured over Brexit and although the Commons voted in favor of an extension, the debate will reignite after the third vote on the Withdrawal Agreement.

It is clear that the Conservative Party and the Commons at large remain significantly divided on the issue of Brexit. A third vote on the Brexit Withdrawal Agreement is due to be held on the week of March 18th. Several eurosceptic Conservative MPs have indicated they will support the Brexit Agreement on the third vote out of fear of a delayed Brexit. However it is difficult to see how a margin of 149 can be overcome particularly as the the EU refuses to offer any further changes to the Withdrawal Agreement.

The Three Days of Brexit resolved only that the Commons rejects a No-Deal Brexit and would like an extension on the Article 50 deadline, however both decisions are conditional on future votes and decisions. It is clear that the Three Days of Brexit have failed to provide any closure and no amount of Parliamentary debate will cleanly resolve Brexit. The Commons has had two votes on the Brexit Withdrawal Agreement to try and change its mind, surely then the People can have a chance in a second referendum to change theirs. The alternatives are a No-Deal Brexit or more indecisive drama as displayed across the Three Days of Brexit in March.