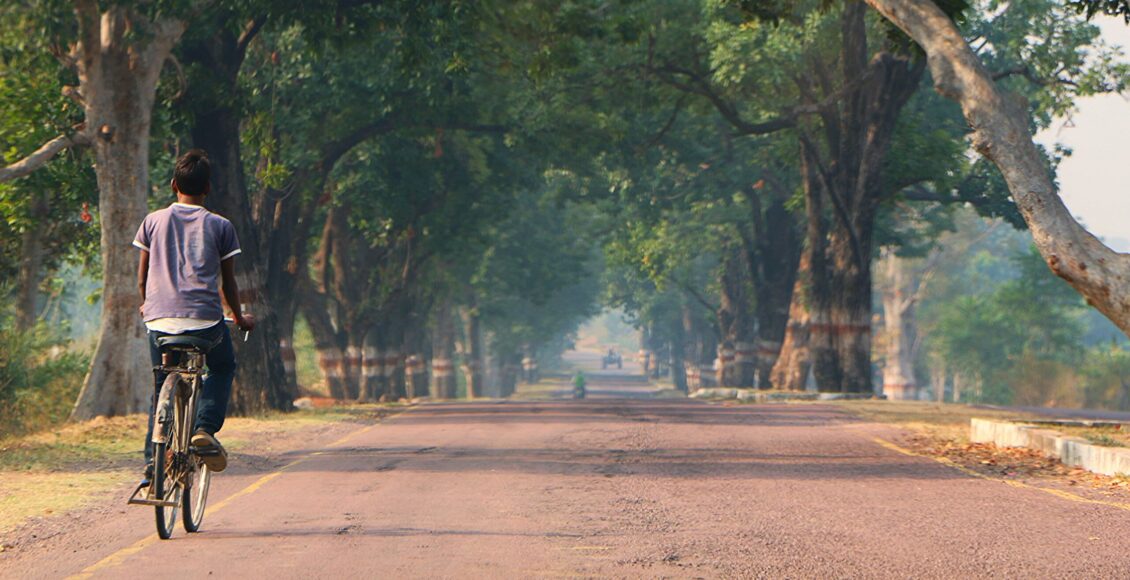 15 yr old Jyoti Kumari, carried her wounded father to their home village on the back of her bicycle covering +1,200 km over 7 days.

This beautiful feat of endurance & love has captured the imagination of the Indian people and the cycling federation!🇮🇳 https://t.co/uOgXkHzBPz

Ivanka tweets her admiration for fourteen-year-old Jyoti Kumari. Via Twitter.

This incident is an evocative reminder of the intersection between mobility and identity. For Ivanka — a white, American urbanite — the ability to bike long distances merits recognition from professional bikers. For Jyoti, and thousands of Indian migrant workers like her, it epitomizes the physical toll of systemic casteism and classism in Indian society that obscures their suffering. Given the worldwide influx of cyclists on the road during COVID-19, delineating these two narratives and their different subtexts is necessary to construct a comprehensive snapshot of bicycle politics in 2020.

The previous article of this two-part series introduces the conceptual intersection of mobility and identity, and how modern bicycle politics derives from this linkage. In continuation, it is imperative to recognize that bicycling during COVID-19 symbolizes both pain and hope.

Indeed, the bicycle introduces possibilities previously restricted by existing networks and infrastructures governing the movement of individuals. However, the bicycle is not merely an innocent emblem of peace and opportunity; disparity is also part of this story.

Although more women than ever are biking, gender still limits the capacity to move freely via bicycle. In Australia, Canada, the US, and the UK, women constitute less than 30 to 40 per cent of all bicycle commuters. What’s more, in many parts of the world, women in public spaces without “purpose” are viewed as an affront to public morality. In Pakistan, the safest time ever for women to travel on bicycles was during the COVID-19 lockdown. Even in bicycle-friendly British metropolitans, female bike-riders tend to schedule their trips and opt-out of riding on multi-lane roads with heavier traffic. In addition to infrastructural issues like the presence — or lack thereof — of biking lanes and traffic management, rampant street harassment further discourages female cyclists from owning the streets.

In the global south, bicycles are a vehicle of the poor and marginalized. The fact that an individual has to transport themselves on a bicycle usually signals their inability to pay for someone (like a bus or taxi driver) or something (like fossil fuels or electricity) to perform the task for them while protecting against weather, injury, or harassment. Thus, it represents a social disadvantage. Notably, low-income American households consistently feature as the largest bicycle-commuting group. In the US, riders of colour appreciate the value of bicycles — often as their primary or only means of transportation — more than white riders, and are therefore warier of bike theft or loss.

Although the trends outlined above only reflect US Census figures due to limited worldwide data on the demographic distribution of cyclists, the perceived superiority of the motor vehicle is a global narrative. Even as a means for social mobility, the bicycle is an ugly reminder of wealth inequality, underscored by race, class, and caste.

The association of the bicycle with poverty or social disadvantage is not new in academia. In the 1999 book, Bicycle Citizens: The Political World of the Japanese Housewife, anthropologist Robin LeBlanc challenges the romanticized “social mobility” narrative of the bicycle. Her fieldwork follows a group of self-identified housewives or stay-at-home mothers in Tokyo who travel almost exclusively by bike. She employs the concept of “social transportation” to illustrate the relationship between an individual’s means of transportation and their position in society, and by extension, their ability to participate in politics. LeBlanc observes that although many housewives play an active role in grassroots associations outside the mainstream political arena, they must ultimately forgo their “bicycle citizenship” to formally enter the highly organized and competitive world of Japanese politics. [1]

The dreary aspects of bicycle politics are not limited to its symbolic undertones; indeed the bicycle’s drawbacks are also material, and unfortunately, violent in some cases. The New York Police Department (NYPD) is known to target riders of colour and e-bikes operated by immigrant delivery workers who cannot obtain driver licenses. Since 1880, the adoption of bicycles by police departments across North America maximized officers’ capacity to manage crowds and patrol local communities, lending to characterizations of the menacing “Trojan bicycle” that does more harm than good.

During pandemic-era uprisings against police brutality and systemic racism following the death of George Floyd, arrests and violence meted out on cyclist protestors illuminated the harrowing image of the “police bike.” In Washington DC and Columbus, Minneapolis, Police officers body-slammed demonstrators with bicycles, causing grievous injuries. When looking at the physical harm inflicted on cyclists protesting in solidarity with Black Lives Matter, there is an undeniable and brutal irony ⁠— the bicycle is equally a tool for protest against the police and a mechanism of police brutality.

In a similar vein, bicycling in the context of COVID-19 has been dangerous for migrant workers in India, who undertook gruelling journeys from urban centres to their hometowns after the Indian government suspended all inter-state transport on March 22, 2020. What began as an instance of inadequate planning turned into a humanitarian catastrophe ⁠causing migrant workers to die of starvation, exhaustion, road accidents, and the virus itself. The initial surge of bicycle sales in India was propelled by the desperation of laid off daily-wage workers (and their families) seeking to return home. And those who could not afford new bikes, like Mohammad Iqbal from Bareilly, UP in Central India, resorted to theft accompanied by apology notes. Both the Indian and Euro-American media gaze has fixated on the sensationalized journeys of the poor who rely on their bicycles in the absence of government welfare.

Bicycling is a proven means of liberation for rural women in India. But, in the wake of the crisis, they risk being pushed off their seats as the impending economic disaster translates to lower job opportunities, increased unpaid care and domestic labour, and contracted access to social security. Today, a poor, and likely lower caste, female migrant’s pedals are only pushing her towards social disenfranchisement.

A person’s journeys — and the modes of transport propelling them — help reveal the social, economic, and political contingencies surrounding mobility in a specific time and space. These journeys reveal a cyclist’s contextual privilege and agency.

The failure to critically engage with the bicycle as a symbol of “social mobility” begets reductionist narratives that obscure the contexts cyclists pedal through. Hence, the concept of “bicycle politics” is a cue to reevaluate the significance of material objects, and a reminder of how — despite the existence of common denominators like the bicycle — linked identities carve very different paths for us. If only Ivanka knew.

Featured image:  “Road from Khajuraho to Orchha, India” by Juan Antonio Segal is licensed under CC BY 2.0. No changes made.

Sajneet is a U2 student studying History and Social studies of medicine. She is interested in critical histories of South Asia and and her academic work emphasizes gender, caste, health equity, resistance and violence. In her spare time, she can be found debating, making to-do lists or repairing her two bicycles.