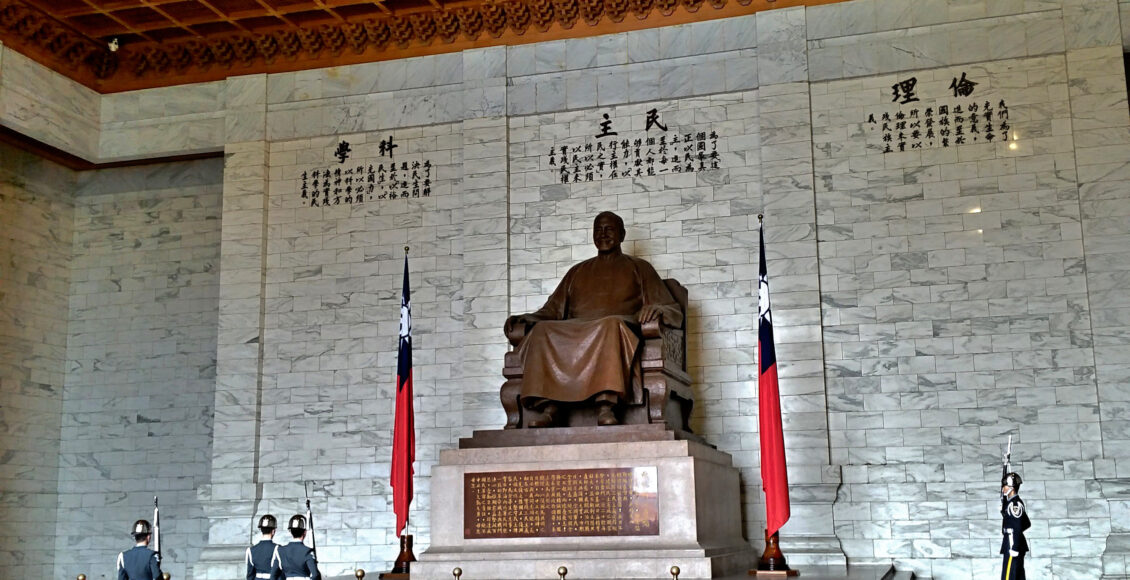 The relationship between Mainland China and Taiwan is one of the most sensitive issues in international politics. Since Chiang-Kai-Shek’s Nationalist Party fled to Taiwan after the victory of the Chinese Communist Party in 1949, Taiwan has been a useful ally for the West, especially the US, in containing Beijing’s political expansion. US General Douglas McArthur referred to it as “the unsinkable aircraft carrier.”

Although the US broke official ties with Taiwan in 1979, the US Congress immediately passed the Taiwan Relations Act, which promised that the US would “maintain peace, security, and stability in the Western Pacific,” and that any non-peaceful form of Chinese unification would be “a grave concern for the United States.”

From 1979 to 2016, the US government had been treating the Taiwan problem with much caution and subtlety. The Trump administration ended that tradition. In December 2016, Trump surprisingly had a phone call with Taiwanese leader Tsai Ing-wen and later referred to her as “the President of Taiwan” in a tweet. This news was soon reported by the media on both sides of the Taiwan Strait as evidence that the US might pivot on its Taiwan policies. Subsequently, US policy became significantly more aggressive in three main ways: (1) the Taiwan Travel Act allowed visits for high-level officials; (2) The US began advocating for Taiwan to join international organizations; and (3) The administration sold record-breaking amounts of weapons to Taiwan.

When Tsai became the leader of Taiwan in 2016, the cross-strait relation was already facing enormous challenges, as Tsai’s Democratic Progressive Party (DPP) had consistently advocated for Taiwanese independence and rejected the 1992 consensus. The 1992 consensus was accepted by the Chinese Communist Party (CCP) and Kuomintang (KMT) government in 1992. Both sides recognized that Taiwan was part of China and that there was only one China, but acknowledged the difference between the interpretation of China (PRC vs. ROC). It has served as a political foundation for all official cross-strait interactions since then.

Yet with the US now at its back, Tsai and her DPP have constantly bashed the Mainland government on a variety of issues, such as the Hong Kong protests. Not only did the Taiwanese government regularly refer to COVID-19 as the “Wuhan Virus,” but they also prohibited the export of N95 masks to the Mainland immediately after the outbreak.

However, a recent change of attitude from Taipei towards Beijing has caught the attention of many. On February 19, Tsai made a series of changes among her top-level officials, including the Chairman of the Mainland Affairs Council (MAC). In contrast to the previous Chairman of MAC, Chen Ming-tong, Chiu Tai-san, the new chairman, is regarded as a moderate in cross-Strait affairs. Furthermore, most of the DPP government abandoned using offensive terms such as “Wuhan Virus,” “CCP virus,” and so forth.

Why did this change occur? From outside speculation, there are many factors that may have led to the recent change of tone. However, it seems that the most important one among them is the shift from Trump to the Biden administration.

Because of Trump’s strong support for Taiwan during his presidency, Tsai and her DPP government desperately wanted his reelection in 2020, and this was made clear during the US presidential campaign. As Biden stepped in, Tsai worried whether the new administration would continue to adopt Trump’s aggressive policy towards Beijing, since the Democrats, especially under Obama, mostly tried to sidestep the Taiwan issue. The soft tone towards the Mainland has become necessary, because Tsai speculates that Biden will have a less confrontational strategy for Mainland China. It would have been unwise for the DPP to continue its strong anti-CCP campaign, because it would place Taiwan in an isolated position without the protection of the US.

On the other hand, the Mainland government did not seem to appreciate this friendly gesture. This is quite understandable for two reasons. First, after years of continuous bashing and criticism coming from Taipei, Beijing has lost its confidence in cooperating with the DPP government. Secondly, the official communication between Taipei and Beijing needs a political foundation, and since Taiwan has now abandoned the 1992 Consensus, no real form of communication will occur until Taiwan proposes an acceptable foundation for cross-strait relations.

Instead, Beijing initiated a sanction on Taiwan by banning the import of Taiwanese pineapples. Although the pineapples make up only a very small portion of Taiwan’s GDP, it is important to note that Mainland China accounts for 97 per cent of the fruit’s export. The victims of this sanction are mainly farmers in Southern Taiwan, who are primarily Tsai’s voters. This sanction can be interpreted as a warning to Taiwan that Mainland China is trying to demonstrate their economic supremacy in cross-strait relations.

The US’s role in recent developments has been rather ambiguous. On February 4, the spokesperson of the US State Department, Ned Price, announced that the US’s One-China policy over Taiwan has not changed. Less than two weeks later, during an interview with Anderson Cooper, Biden also acknowledged Beijing’s need to have a strong central government due to historical and cultural reasons. Just when the many political commentators speculated that the US would return to its conventional approach to Taiwan, the Secretary of State, Antony Blinken, openly referred to Taiwan as a “country” in a Congressional hearing. As a result, it seems that the US’s attitude on the cross-strait relationship is still unclear. Although it looks like the Biden administration will remain tough on Beijing, Taiwan’s role still remains up in the air.

As for Tsai, she is in a very awkward place, with the Mainland government now extremely irritated by her previous actions against the CCP. The strategy of the US still remains unclear, but it seems that Washington will not be as aggressive towards Beijing as it was under Trump. Consequently, the current administration will not back Taiwan as strongly as the previous one. While the entire world is focusing on rejuvenating their economies and handling COVID-19, Tsai’s best hope is to try to restore some form of communication with Mainland China to reduce the risk of possible warfare. It will be an extremely difficult task to achieve, as both sides have almost zero trust and rapport.