How much damage can one possibly do with 140 characters? 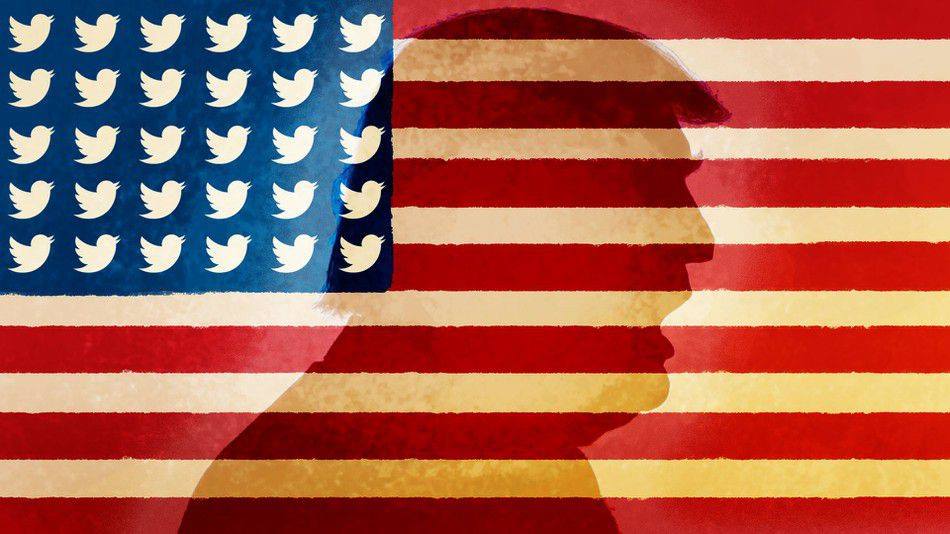 Psychological warfare is a military strategy as old as war itself. From the legions of the Roman Empire to the Mongol hordes of Genghis Khan, the strategic use of intimidation techniques in the battlefield has influenced enemy behaviour and thoughts.

As the technological evolution gained ground, psychological warfare took to new battlefields. The invention of the printing press brought increased newspaper circulation and the creation of the radio quickly followed. Opinions, thoughts and information were now being exchanged all across the globe. Television and the establishment of media channels prompted visual aid within this exchange of information until finally, we reach today. Cyberspace.

With the internet came social media outlets, now generally available to the public at all moments. With our cellular companions constantly by our sides, the internet is simply within the reach of our pockets. Sooner rather than later, official corporations, non-governmental organizations, think tanks and most significantly, state officials and parties took to social media to reach larger audiences. Specifically, many flocked to Twitter. Evidently, the simplicity of 140 characters per ‘tweet’ reaching a mass of subscribers is appealing to those who wish to get their message across.

Shortly after its popularity was determined, diplomats flocked to the site to maintain their official accounts. Interactions within the international political sphere along with domestic politics were no longer limited to formal statements, speeches and policy decisions. 140 characters is all we need to take a position on policy, reiterate our personal opinions and ultimately, initiate a war. Whether or not the statement is official, Twitter promotes direct interactions with government officials across the globe. The officiality of ‘tweets’ is obscured in this increasingly casual setting. Coupled with the largest platform available, misinterpretations can lead to misgivings fostering fear and prompting reaction.

How much damage can 140 characters do? Can Twitter propaganda turn the tide of an election? Can ‘subtweets’ actually prompt public support for policies? Can Tweets between feuding diplomats turn allies into enemies, can they really start a war?

@realDonaldTrump is the personal Twitter account of the 45th President of the United States, Donald J. Trump. The art of psychological warfare is Trump’s instinctual strategy within domestic and international politics.

Trump follows in Barack Obama’s footsteps as he takes to social media, specifically Twitter to share his thoughts, opinions, and official state business. The big difference is the controversy that comes with their methods of interaction. Obama was the first President on social media maintaining a formal online presence before, during, and after his presidential terms. Trump on the other hand, has maintained his account since 2009 as a marketing technique for his book sales. Once president, he insists on maintaining his personal account for all presidential statements whether formal or informal. @POTUS is now simply a collection of retweets, mostly from @realDonaldTrump.

This shift in importance of @POTUS remains hugely controversial. Considering Trump’s tenacious tyranny within contemporary global affairs, his reluctance to maintain checks and balances on his social media statements leads to further contention. President Trump has given himself the freedom to say what he wants in 140 characters while reaching the largest audience possible in our political history. With the power to trespass into the minds of millions, fated consequences naturally follow.

Eventually, the Presidential Records Act came into play. Established after the Watergate scandal, the PRA designates all official records of the president as public, not private. The US National Archives Administration determined anything said online can and will be held against the president in a court of law. His personal account was constitutionally limited as the First Amendment deemed it a public forum. Legislation brought Richard Nixon to an end post-Watergate yet Trump’s bad habits continue to dominate his online presence and global affairs.

….Actually, throughout my life, my two greatest assets have been mental stability and being, like, really smart. Crooked Hillary Clinton also played these cards very hard and, as everyone knows, went down in flames. I went from VERY successful businessman, to top T.V. Star…..

Obama was the first, but certainly won’t be the last to use Twitter as a campaign tactic to aid winning an election. Trump quickly, but not quietly took to Twitter to debase his opponents, “crooked” Hillary Clinton and the “radical” Democratic Party. Misguiding the American public with propaganda, insults, and misinformation amongst certain truths, proves the strategic effect of psychological warfare on the public during election campaigns. With the press of a button as he sits in the Oval Office, Trump infiltrates the minds of the public.

Attacking the Democratic Party and Hillary Clinton is not where this strategy ends. Within America, Trump uses Twitter to make his opinion known but more significantly, to back policy decisions. Tweets on topics such as the travel ban targeting Muslim communities, the deportation of undocumented migrants, and energy proposals exacerbating climate change have affected policy popularity. His large local audience allows his trumped-up statements to shift the tide of public opinion.

Trump discerns his statements as valid and true whereas a lot of the time his misinformation, propaganda, and threats shape the opinion of the American public. A lack of checks and balances or even the basic act of peer review provides for psychological warfare in local government affairs. Trump takes Twitter and turns it into his personal modern battlefield in which currently, his voice is the loudest.

To Iranian President Rouhani: NEVER, EVER THREATEN THE UNITED STATES AGAIN OR YOU WILL SUFFER CONSEQUENCES THE LIKES OF WHICH FEW THROUGHOUT HISTORY HAVE EVER SUFFERED BEFORE. WE ARE NO LONGER A COUNTRY THAT WILL STAND FOR YOUR DEMENTED WORDS OF VIOLENCE & DEATH. BE CAUTIOUS!

Internationally, Twiplomacy complicates even the most amicable diplomatic relations. Currently, more than 77.7% of world leaders and administrative officials spanning over 153 states maintain a presence on Twitter. International interactions on Twitter have changed the course of global politics as allies become enemies with the press of a button and the ‘whoosh’ of a posted ‘tweet.’ Animosity online has not directly resulted in war yet, but we have come close.

We’ve already seen a deterioration of relations during the Twitter drama between Trump and Iranian Prime Minister Hassan Rouhani. Each leader did not hesitate to publicly express opinions on the US withdrawal from the Iran nuclear deal, and subsequent sanctions on Iran. Rouhani took to the media through live coverage of his address to Iranians and Trump took to Twitter to reply. The pissing match continues through his direct address to Rouhani in an all-caps tirade flaunting his lack of fear when publicly threatening states.

Whether or not a tweet translates to war remains in the hands of the Trump administration. Our closest call was his subtweet to “little rocket man,” aka the Supreme Leader of North Korea. After insulting Kim Jong Un, he continued on with threats of annihilation in event of North Korean nuclear acquisition. Thankfully, the White House press secretary responded shortly after confirming “We have not declared war against North Korea.” His tweets prompted one of very few personal responses by Kim Jong Un. His affirmation of North Korea’s right to shoot down US bombers outside of their airspace shows Trump was being heard. More importantly, it displays how delicate diplomacy can be. Escalating tensions exacerbated by insults and intimidation tactics could very well lead to war if not nuclear war.

Direct threats against states and diplomatic officials are Trump’s method of madness in his attempts to Make America Great Again. Reigniting traditional American values in attempting to consolidate power and hegemony might just do the opposite. Twitter diplomacy, as broadcast by Donald Trump, remains more detrimental to this cause than beneficial. The consequences of his actions remain in the American government and Republican administration’s ability to fix. Tasked with babysitting the President, the administration does what they can as Trump continues to throw temper tantrums in the Twittersphere.

Psychological warfare has been used strategically for centuries and will continue to persist considering its effectiveness. Social media on the other hand, is still in its infancy. As it continues to grow, this cyberspace is transitioning into a real space. One that has evolved into a battlefield for diplomats strategically launching verbal attacks.  Lacking the casualties that come with physical warfare, this modern battlefield boasts its casual nature.

Pressing a button while sitting in the Oval Office hasn’t resulted in the same consequences as boots on the ground warfare … yet. Online informal declarations of war resulting in actual warfare has always been possible, but with time it’s becoming increasingly probable. This widely public and casual platform of social media changes diplomatic interactions. With the world as an audience, Twiplomacy requires a delicate balancing of threats with the ego of an opponent. The key to this strategy is determining the breaking point that would prompt reactionary war. Once perfected, diplomats can toe the line in global interactions.

It doesn’t stop there as impressionable minds are manipulated. Intimidation techniques, threats, propaganda, and weaponized information are now in the palm of our hands while perpetrators remain safely hidden behind a screen. Social media provides us with the platform needed for the expression of free speech. On this platform our voices are stronger but frequently our minds are being polluted by trespassers.

Twiplomacy has the power to foster ideological change in the minds of the public through not only direct encounters but diplomatic interactions as well. The personal interactions of those entrusted with leading our nations can shift our perspective on elections, policies, and ideological change. Mobilizing societal support has become easier but the same could be said for dissent. Stability depends on a diplomat’s ability to base the moderation of tweets on possible public reactions.

We’ve learned to navigate each era of the technological rise. We’ve adapted to strategically use media channels provided by technology in accessing the masses. From newspapers, to radios, to television channels we have revolutionized global socio-political affairs. Social media is just the next frontier.