Westlands Water District: The Blight of the Delta 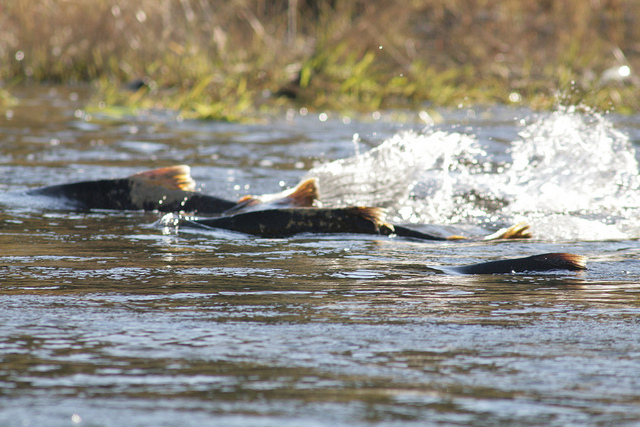 Some time ago in the delicate youth of this blog, I wrote an article about “astroturfing”, the process by which big corporations use phony activist organizations to secretly promote their interests. In it I gave as an example California’s Westlands Water District, the largest such district in the country. The farm owners in the Westlands encourage the rerouting of water to their district by manipulating the ostensibly grassroots, farmworker-run Latino Water Coalition, which was in reality formed by a group of those executives and Arnold Schwarzenegger himself, back when he was governor.

I was ever so briefly privileged in striking up a rapport in the comments section with one such Westlands agribusiness exec, whose modest and dignified career was unfairly blemished by the release of an emai 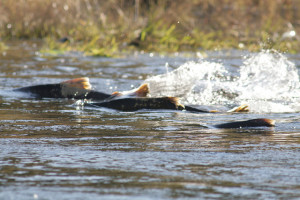 l, sent to general manager of the Westlands District Tom Birmingham and others, in which he cutely misspelled Obama as “Blackie”. My new friend protested to me that the Westlands had not been getting its lion’s share of the water from the Bay-Delta estuary, which is true. A long drought has deprived most California districts of their water allotments.

I return to the subject because the Westlands’ greed has of late come back to bite.

The Securities and Exchange Commission has fined the Westlands District $125,000 for misleading investors, using what Tom Birmingham himself described as “a little Enron accounting” to hide from investors the fact that the District would have to raise rates on customers. Despite this fine, the largest ever of its kind, the Westlands is lobbying to increase water pumped from the Central Valley Project pumps above the legal limit, accelerating the rate at which they are destroying the Bay-Delta ecosystem.

The fine is a paltry sum compared to the immense wealth and ambition of the Westlands District. Despite being the driest region of the Central Valley, the Westlands reroutes huge amounts of water and grows water-intensive crops, mostly for export. Water ratepayers in California have already been footing the bill for subsidies to the Westlands, subsidies which contribute to the private profit of these corporate farms.

The latest effort by the Westlands, in conjunction with Governor Jerry Brown, has been to build twin tunnels to divert the Sacramento River. Rather than helping to assuage the effects of the statewide drought, these tunnels would create no new water and instead reroute even more water to the Westlands and other districts, costing ratepayers and taxpayers billions in construction and further eviscerating the Delta ecosystem (not to mention the oil companies who use the water for fracking). A $125,000 fine will not be enough to stop them, but the drought itself may do the job as their need to lie to investors seems to indicate the impact it has had. But the Westlands, in keeping with their astroturfing style, pulled out all the stops and created the “Bay Delta Conservation Plan” alongside other tunnel proponents, in order to mislead people about the environmental damage the tunnels would cause. Even so, the district recently told Fox News it wouldn’t be able to foot its part of the bill for the tunnels, returning the problem to the desk of Governor Jerry Brown.

But my acquaintance from the comments section isn’t giving up. To quote from the email that got him his minute in the limelight:

“I’m tired of these [expletive] politicians waltzing through here….telling us how tough things are….picking our pockets for $$$$…and they [sic] returning to DC and doing nothing! Put their [expletive] careers on the line…or step down.

Not a one my friend, not a one.