What has happened since “What Happened”? 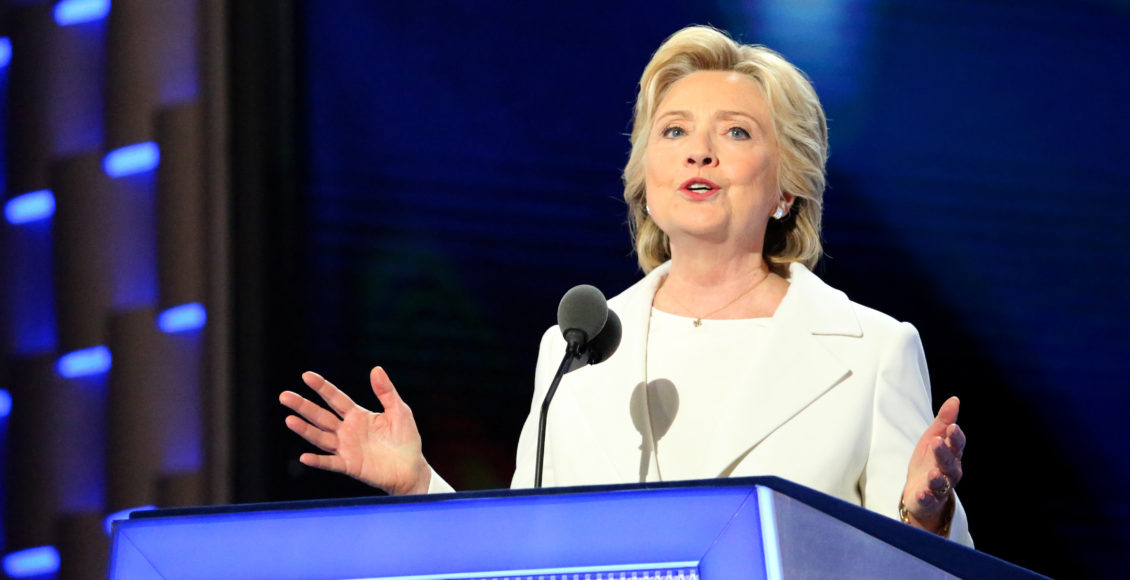 On Monday 23 October 2017 Hillary Clinton took the stage at the Palais des congrès in Montreal to promote her then-recently released book “What Happened.” A comedy act courtesy of Andre Philippe Gagnon warmed up the crowd and a video montage of her career followed, letting the anticipation of the audience slowly build. Finally, Clinton herself walked out to thunderous applause, waving and grinning at the countless number of people that had come to see her. A single spotlight followed her, illuminating the two armchairs awaiting her and the moderator. Over the course of the night, she would discuss the 2016 election, touch on the pain of defeat and what she had learned from that experience. On Wednesday 28 November 2018, Clinton returned to Montreal once again. This time she came to the Bell Centre with her husband, former U.S. president Bill Clinton, in what was promoted as a “conversation” with the dynamic duo. If the change in venue was any indication, the talk that followed would prove to be markedly different from that of just a year earlier.

There were no bells and whistles to complement her grand entrance. A simple introduction was made, after which she and Bill walked out with the moderator, quickly took their seats, and launched into their conversation. She still smiled and waved, but this time it was received by a far smaller audience with many empty chairs. This was an early sign of the different direction that the evening would take. Compounded with her previous visit, this event served as an indication of her transformation from victim to a resilient hero. Last time was about what had happened to her. There was a great deal of speculation regarding the conditions of her failure, and an equal amount of frustration interwoven into those questions. This time was about what she intends to do about it, or rather what others need to do about it, and her role in facilitating such action. Facts of her past successes were presented, with failure largely removed from the equation, in order to formulate an action plan moving forward.

This evolution of Hillary Clinton was mirrored in each of the Clintons’ respective discussions of their mothers. Both gave detailed accounts of the hardships that their mothers faced, but only to emphasise the powerful resiliency both displayed in moving forward with their lives. Both had been victimised by circumstance early in life, but used their experience as fuel to bring about change not just for themselves, but also to ensure that those around them never had to go through what they did. Hillary’s mother did this for her, and Bill noted that his mother did this for him. For each of their mothers, coping was not just about coming to terms with their pasts, but also actively working against its repetition for all. Each developed a significant amount of control over their experience in advocating for themselves and others.

This form of individual growth was taken outside of a familial context when Bill recalled his time spent with the victims of the Rwandan genocide. The encounter he had with one Tutsi woman, and the story she told, stood in parallel to the life stories of their mothers. Bill explained how this woman had seen her entire family killed in front of her after their Hutu neighbors had given them up to their attackers. At first she had a very difficult time coming to grips with having had survived. She struggled to understand why she was spared whilst the rest of her family had not. Instead of letting that experience break her, she became determined to do good for others. This resulted in the powerful motivation to take in orphans of the genocide, provide for them, and give them their best chance in moving forward as well. This comparison certainly does not seek to equate the nature of each respective hardship, but rather reveals a common theme of overcoming adversity to become an agent in preventing others from facing the same situation. The message linking these accounts became clear: what happened is inconsequential compared to what you choose to do about it. Whilst they were not discussing Hillary directly, it was evident that they were doing so circuitously. This then begged the question of what Hillary now intends to do about what happened. This was answered in the hot-button issues that were then addressed in the subsequent portion of the talk.

In 2017, the talk’s focus was on “fake news” and political manipulation. This was expressed through the story she told of the Russian media turning an email she received from John Podesta into a claim that Podesta and herself had organised a child sex-trafficking ring in the basement of a pizza restaurant in Washington D.C. That rumour led to a man from North Carolina driving to that restaurant with assault rifles, demanding the children be released. Hillary used this account to highlight the danger of alternative facts and the malicious influence they can have on unsuspecting individuals. These were concerns directly derived from Hillary’s recent experience and very specific to her own situation. She framed factual fabrication as being dangerous because it had affected her. A warning was made regarding the threat of fake news, showing that she displayed some degree of advocacy. However, this was ultimately done more so for her to grieve about the terrible wrongdoings done unto her during the election, thus showing she maintained the role of a victim at that time. The wounds of 2016 were still fresh, they still pained her, and she had only just begun the process of coping with and processing that ordeal.

Thirteen months later, climate change and separatist tribalism took centre stage with the Clintons. There was a change from the discussion revolving around Hillary’s unique struggle, to the collective one we endure in our common humanity. Rather than concentrating on the agents of wrongdoing, they concentrated on the agents of positive change. Once again, identification of threats were made and warnings proclaimed, but the additional dimension added in was an underlying emphasis on the need to provide for people, and to take care of others. The past had not been forgotten and the pain had not gone away, but rather than continue to let it be a debilitating force, it was made a constructive one by serving as an impetus to tackle current and future issues. Hillary made it clear that her focus was on her grandchildren and the generations that will follow. In expressing who she intends to help, and how she plans on doing that, she was beginning to take the attention off of herself.

There was a continuity from the time of “What Happened” to the recent talk in that Hillary portrayed herself as a woman, a mother, a Methodist, and a life-long public servant. However, last time that was done in order to promote herself through differentiation. In the recent talk, this was done to reveal that she has maintained her sense of self despite everything she has been through. It was not to showcase and legitimise her political standing, but to demonstrate her impressive fortitude. The bottom line underlying the entirety of the conversation, culminating in this characterisation, was that she is a survivor, and as a survivor she wishes to help others. Onward Together, a non-profit she founded to fundraise for progressive political groups, was discussed last time as an organisation that she had just started that had great potential. This time, she talked about its success in that it is a means for her to pass on what she has learned. All in all, the talk was representative of Hillary being ready to pass the baton that she still so tightly gripped during her last visit to Montreal. The words she spoke on 28 November were not those of a potential presidential contender, but those of a battle-worn veteran of the U.S. political scene, ready to bring others into the spotlight whilst simultaneously fading out stage left for the first time in her adult life.