What is Post-Modern Conservatism? 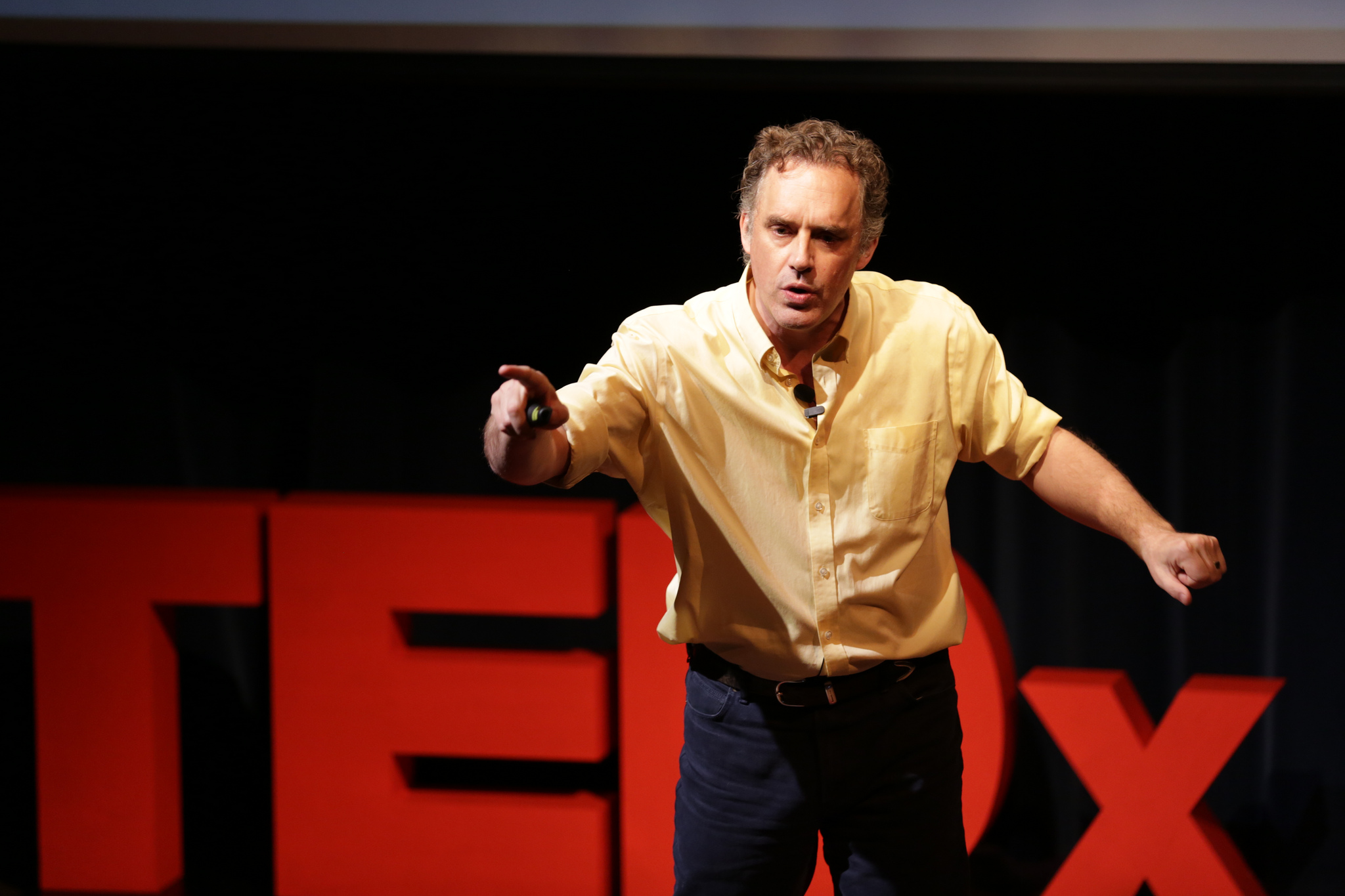 Editor’s Note: This article is a follow-up to the author’s previous piece on Jordan Peterson and his misrepresentation of post-modernism as an “attack” on truth and objectivity.

Many conservatives today decry post-modernism as an unbridled social evil, engendering a belief in relativism, skepticism, and a distrust in universal values and truths. This distaste for postmodern thinking has deep roots in the culture wars of the 1970s and ’80s. The opening salvo was launched by Allan Bloom in his 1987 best-seller The Closing of the American Mind, persisted through D’Souza’s  Illiberal Education (1991), and has now reached a fever pitch in the right-wing critiques against “cultural Marxism.” To give just a few examples: University of Toronto Professor Jordan Peterson has characterized it as “dangerous” and “radical” and dismissed important authors like Derrida as “charlatans.” The National Security Council recently claimed post-modern “cultural Marxism” foments opposition to Donald Trump, and right wing commentator Ben Shapiro has characterized Barack Obama as the first “post-modern” President.

Against this backdrop, few have noted the irony that many on the right support a President whose administration has coined the phrase “alternative facts,” has displayed a marked enthusiasm for lying, and has consistently attacked government agencies and social institutions concerned with knowledge production. Stranger still, conservative intellectual apologists such as Denis Prager seem unperturbed that, amidst their fight against the alleged evils of identity politics and cultural relativism, many on the right in the United States and abroad—from Marine Le Pen’s National Front to Viktor Orban’s “illiberal democracy” in Hungary—have increasingly embraced an exclusionary identity politics concerned with restoring an apparently victimized group to its proper place atop the social totem pole. This highlights an ironic trend I want to comment on briefly here: that we are increasingly witnessing the emergence of post-modern conservatism.

Explaining how this happened will require a brief philosophical digression on what post-modernism is. Post-modernism, as it is frequently understood, largely emerged in 1970s as a reaction against what Jean Francois Lyotard called “meta-narratives.” Meta-narratives, such as Marxism, scientism, religious literalism, claim to provide a comprehensive and accurate account of both how the world works and the values that should govern our lives. Post-modern theorists such as Lyotard and Derrida were keen to show that many of these meta-narratives were based on deeply held but ultimately contentious assumptions.  For instance, Derrida always argued that we must take great care not to “naturalize” ways of thinking that were in fact entirely contingent on a wide variety of social, intellectual, and linguistic factors.

This problematized the claim that meta-narratives provide firm truths about both facts and values. In its most radical form, post-modern theory disputes not only the truth of meta-narratives currently in vogue, but the very possibility of developing such a meta-narrative in the future. It disputes, or at least troubles, the idea that there is some method of ever arriving at fully objective claims, either about descriptive issues or values. Somewhat paradoxically, this has often led to the very strong value judgement that we should tolerate a wide variety of ways of looking at the world. For many right-wing critics of post-modernism, such as Jordan Peterson, this is the locus of post-modernism’s attraction to advocates of identity politics.

The Intellectual Origins of Post-Modern Conservatism

Interestingly, while the claim that there are no meta-narratives which provide objective truths about both facts and values is often associated with the left, it has deep roots in conservatism as well. Post-modern conservatism echoes the philosophical heritage of those like Edmund Burke, Joseph De Maistre, Lord Devlin, Michael Oakshott, and other conservatives who were equally suspicious of meta-narratives. These figures claimed that liberal rationalism, with its belief in the power of science and utilitarianism, was increasingly leading people to feel disconnected from their particular identities and the traditions and values associated with them. As put very eloquently by Michael Oakshott in his classic essay “Rationalism in Politics”:

“Political enterprises, the ends to be pursued, the arrangements to be established (all the normal ingredients of a political ideology), cannot be premeditated in advance of a manner of attending to the arrangements of a society; what we do, and moreover what we want to do, is the creature of how we are accustomed to conduct our affairs. Indeed, it often reflects no more than a dis­covered ability to do something which is then translated into an authority to do it.”

These conservative proponents of tradition argued that liberal rationalists, with their ideas of objectivity in facts and values, were establishing a world where respect for a particular identity and its values was abandoned. As the late Robert Bork, Reagan’s erstwhile favorite for the Supreme Court, put it, progressives had no interest in “particularity, respect for difference, circumstance, history, and the irreducible complexity of human beings and human societies.” They even juxtaposed their position against those on the right who argued for some variant of  “natural rights” knowable through human reason, for instance in Robert Bork’s long argument against natural law theorist Harry Jaffa. Against this, conservative thinkers like Oakshott and Bork justified their political ideology through various appeals to tradition. They argued that individuals should respect traditional authority and be distrustful of allegedly “rational” intellectuals and their pious claims to have access to more universal but ultimately destructive truths.

This stream of conservative thought, appealing to tradition as a source of value and truth, contains many insights which are of value. But as we shall see, in its postmodern variant, such arguments can become concerning and even dangerous.

Post-modern conservatism is the modern radicalization of this intellectual tradition. Vastly empowered through modern technologies such as digital media, and emerging largely on the internet in the mid 2000s, postmodern conservatism was initially the embodiment of what Wendy Brown calls a “politics of resentment.” In its cultural manifestation it takes the form of aggressively denouncing allegedly “progressive” doctrines formulated by intellectual elites who claim to have some privileged meta-narratives that let them arbitrate issues of facts and values. Against this, post-modern conservatism radicalized the arguments of Burke, Oakshott, Bork and others that the traditional “common sense” understanding of the heartland population should be taken as authoritative. Or, as Lord Devlin put it when opposing support for gay rights against the claims of liberal utilitarian H.L.A Hart, society should accept the values of “the man on the Clapham omnibus,” not because the beliefs of the man on the Clapham omnibus are demonstrably more valid, but because they are representative of what most “regular” people believe to be the broader tradition in which we all participate.  This means setting up a system of authority to enforce the values of this tradition.

This last point is what distinguishes post-modern conservatism from its left-wing variants. Left-wing post-modernism has been keen to create a more pluralistic society where a variety of different worldviews and values are accepted, and argues that a dominant worldview has long marginalized individuals whose identities accord with these worldviews and values. Post-modern conservatism maintains that contemporary progressives are increasingly marginalizing individuals whose identity accords with the legitimate worldview and values that should be accepted by the whole of society. They have radicalized the position of Oakshott, Bork and others in their partisan appeals to tradition and identity to legitimate this worldview.

Post-modern conservatives do not argue for their worldview or values by appealing to a set of factual or normative arguments that can be assessed as correct or incorrect along standard intellectual lines.  Echoing its emergence in what Baudrillard might call the hyperreal medium of the internet, postmodern conservatism is an ideology guided by “alternative facts,” a dismissal of contrary opinions as “fake news,” and a deep distrust of the epistemic pretensions of intellectuals. Instead, the worldview proffered by postmodern conservatism is legitimated by appeal to the traditions held by a specific identity, typically one which was once dominant within society and now regards its vaunted position as under threat.  Postmodern conservatives argue that their given worldview is shared by those who identify with the traditional, and therefore legitimate, view of society. This also means they push back against individuals and groups in society who are seen as alien or threatening to these identities and the traditions affiliated with them. Postmodern conservatives such as Donald Trump, Marine Le Pen, or “illiberal” democrats such as Janos Ader of Hungary, have directed right-wing outrage against refugees, immigrants, and most notably Muslims (who do not share the values of Western Christian “civilization”) with a great deal of success. This brings me to the darkest iterations of postmodern conservatism.

In its most extreme variants, such as Trump’s dog whistling to white nationalists during the Charlottesville protests and his distaste for taking down Confederate war monuments, it even takes on a disturbing ethnic and even racial dimension. Individuals who affiliate with the traditionally dominant ethnic identity are called upon to rise up against doctrines that seek a more egalitarian distribution of power. The most radical of post-modern conservatives have mobilized ethnic and racial identity to push for a retrenchment of tradition against the demands of both liberals who believe in objective truth and post-modern leftists who want a more pluralistic society. To invoke the words of white nationalist Richard Spencer, who is alleged to have coined the phrase “alt right,” other identities are not to “replace” the dominant one.

The fascinating irony, of course, is that this means postmodern conservatism has embraced its own variant of identity politics. It ignores truth and objectivity and prefers appeals to identity and tradition, paradoxically directing these appeals through hyperreal and ultra-modern forums like Twitter, Facebook, and other digital mediums. In a weird twist of fate, postmodern conservatives are symptomatic of social trends they claim to hate.

Post-modern conservatism by no means includes all conservatives. There are many conservatives—from Straussians to right-wing Roman Catholics—who justify conservatism by appealing to meta-narratives and believe it is possible to arrive at truth concerning facts and values that apply to all peoples at all time. However, at the moment, post-modern conservatism is on the rise, and in its alt-right white identity politics form, it is deeply dangerous. All responsible political actors should work to confront it, whatever their previous political affiliations.