What is the Real Utility of the UN’s Commission for Social Development? 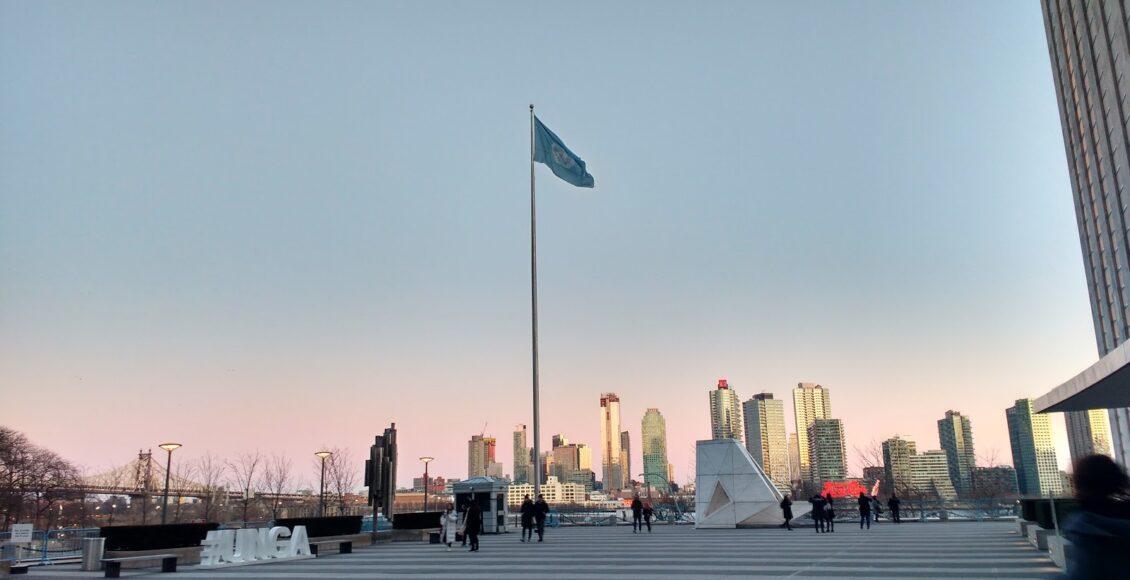 The UN Flag flying adjacent to the Permanent Memorial to Honour the Victims of Slavery and the Transatlantic Slave Trade at the United Nations. Photo courtesy of the author.
Share

Editor’s note: This is the second part of a two-part series on the International Relations Students’ Association of McGill (IRSAM)’s visit to the United Nations 58th Session of the Commission for Social Development (CSocD 58). Part I may be found here.

Theoretical and Practical Contributions of the Commission

Given all the politicking and painstaking debate over simple resolution phrases, one would think that the resolutions of the Commission have had some sort of tangible impact on the ground. Whether this has been observed in practice is less clear-cut, however. There is very little existing literature on CSocD—this does not necessarily indicate it is either toothless or not worth studying—it quite simply means more research has to be done to make a conclusive judgment on the Commission’s value. Furthermore, at the inter-state level, CSocD resolutions are more of a reflection of existing worldwide perceptions on issues (if such a thing can be said to exist), rather than vehicles that actually push the envelope on particular issues.

That being said, the Commission appears to have the most value at the civil society level. First, definitions adopted in the resolutions might be then quoted or referenced by civil society groups in promulgating their own work. Secondly and more importantly, organizations from around the world are able to share “best practices” with each other during side-events that they may then potentially bring back to their respective local contexts. In hosting the Civil Society Forum, the Commission thus performs a coalescing function—organizations are brought together by this event and are able to form networks and build contacts. Think of Kathryn Sikkink’s boomerang model; NGOs, blocked by their domestic country in pushing the agenda forward, work with a network of other NGOs and governments to apply pressure to the original country. But again, as mentioned before, this is more theoretical and speculative than actually a proven phenomenon in the case of CSocD—no one is actually referencing the Commission when implementing policies. How are we then to tangibly assess its impact, both in government circles but also on the ground?

One example from the literature, of the Commission having a direct impact, is the development of the Social Protection Floor (SPF) initiative. Briefly, this initiative seeks to promote the creation of a first, basic level of social security guarantees, including social transfers and access to essential services as defined nationally, in order to minimize vulnerability to poverty. The initiative was spearheaded by the International Labour Organization, and backed by a coalition of UN agencies, NGOs, and developmental banks since 2009. The Commission specifically served as a forum for SPF-I to coalesce, to host a major side event, and to bring attention and recognition to the concept. On a normative front, social protection floors became more of a universally accepted standard practice. In terms of actual impact, the SPF-I conducts rapid costing assessments for potential future programs, collaborates with the IMF on pilot projects in nations such as Mozambique and El Salvador, and provides capacity-building and training programmes. But this is just a singular example of the potential impact of the Commission.

Reflecting on Our Youth Voice

In terms of our own possible contributions to the utility of the Commission, IRSAM hosted its first-ever side event, which was well-received by civil society and the representatives in attendance. Likewise, the Permanent Missions were genuinely excited to hear the ideas and perspectives contained within our policy memos, another first for IRSAM this year. Full credit should go to the IRSAM Outreach Team Executive this year for implementing both of these projects.

The biggest takeaway here for me was that we as privileged students attending a reputable institution should never be under the impression that we have some sort of monopoly over the right answers, by any stretch. A seemingly obvious takeaway, but one that, if not taken seriously, can be dangerous. It is one thing to do research on a topic and present what we think is appropriate, and another entirely to then actively engage with and consider the views of those who are directly affected by the proposed policies. Furthermore, our meetings with the Permanent Missions were not, and should not be, an opportunity to solely pitch our memos—it was a two-way dialogue to exchange perspectives and best-practices.

As both an IRSAM member and an IR student, another takeaway is the need to spread awareness of these issues amongst our peers. There is little good in attending CSocD if the policies, perspectives, and lessons learned are not then shared or promulgated within the greater McGill or Montreal community. As was reinforced time and time again at the Commission, tackling affordable housing also involves tackling the related issues of poverty, addiction, senior care policy, etc. Theoretically, then, every discipline at McGill could and should feasibly have a role to play in tackling the issue, beyond the IR community.

Canada itself has a long way to go on affordable housing. Just a few weeks ago, the UN Special Rapporteur on Adequate Housing issued a public statement condemning Swedish multinational corporation Akelius International for abusing the human rights of its residents via “renoviction”. Akelius has thousands of tenants in Toronto and Montreal.

Final Thoughts on the Future of the Commission

On a final note, it would be wise for civil society or even the Commission itself to begin producing reports or papers on how the work of the Commission is translating tangibly on the ground to improving social and economic development. As was demonstrated through our experiences at the Commission, it, like other transnational bodies, is vulnerable to the charge that it can devolve into ineffectual debate, or that it is difficult to connect its work with real impacts on the ground. Likewise, to this end, more of the side events (as opposed to the resolution discussions) should be recorded and promoted on social media.

What are the goalposts, then? How can we assess the value or utility of the Commission, overall? CSocD should not be judged, in my mind, on our ability to find direct evidence of civil society influencing countries singularly through their efforts at the Commission. The Commission is just one of many, many fora that allow civil society to exercise pressure on nations, hoping to eventually achieve their goal of incremental policy change. A better metric, in my mind, is more abstract—assessing the quality of dialogue and exchange of best practices at the Civil Society Forum and the side-events. And, of course, our delegation’s visit to the Commission will be of no use if it is not followed up by action. Now back in Montreal, it is up to us to promote the concepts of the Commission beyond the IR bubble at McGill. After all, a multi-disciplinary problem requires a multi-disciplinary coalition.