Why We Don’t Care About Cholera 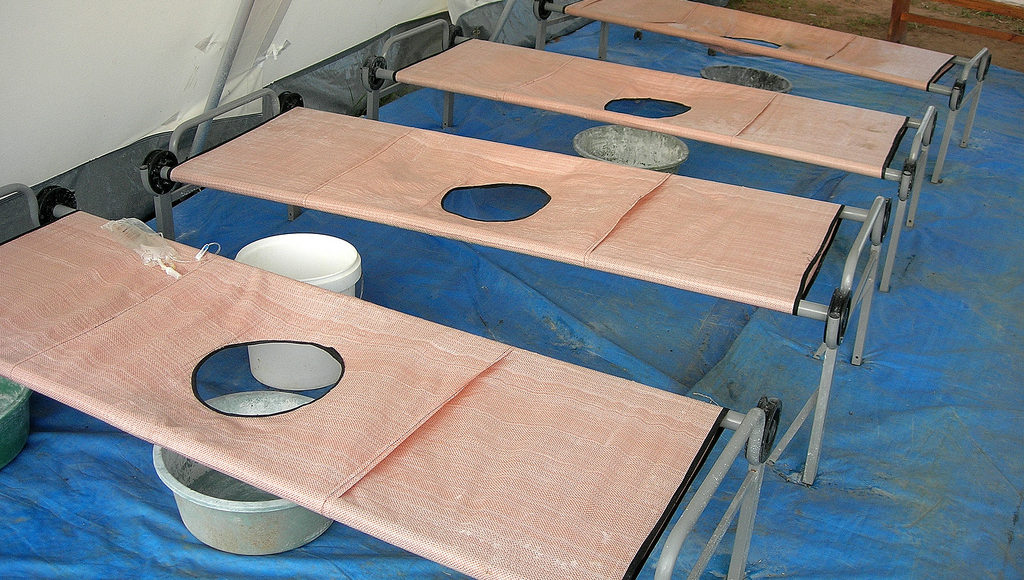 In April 2018, the UN Secretary-General said that Yemen was undergoing the world’s worst humanitarian crisis. In addition to unimaginable famine and war, the people of Yemen are dealing with an unprecedented cholera epidemic. As early as June 2017, it was recognized as the most severe cholera epidemic ever recorded. Amidst critical discussions on the political origins of the crisis and on potential solutions, it’s worth remembering what cholera is, how it spreads and how it kills. How does Yemen’s epidemic fit in with the recent history of cholera and what progress has been made towards eradication? The clinical solution to cholera is strikingly simple, which is what makes the political obstacles all the more tragic.

Cholera is a waterborne disease which travels through the fecal-oral route. This means that the pathogen is dispersed through fecal matter of those who are infected and subsequently enters the mouth of another who ingests water contaminated with the bacteria. If you ingest enough water or food that has been contaminated, you will soon be in an extreme state of dehydration. In addition to a severe loss of weight, you may also experience cramping due to loss of electrolytes. In some cases you might lose as much as 25 litres – more than 50 pounds – of body liquid a day. The disease is colloquially known as “blue death” because of the change in skin tone the dehydration causes. As your body discharges tremendous amounts of liquid via diarrhea and vomit, the bacteria continues to spread downstream, to another innocent and unlucky individual who, whether by mistake or necessity, drinks from an unclean water source. The bacterium is called Vibrio cholerae.

If you have access to clean drinking water and live in an area with waste-management infrastructure, like plumbing, the chances that you will encounter cholera are slim. Even if you do, recovery will be easy – at worst it will require an intravenous line. Less than one percent of cholera patients die when they’re rehydrated immediately. If you have no access to clean water and live in an area without plumbing or with disrupted plumbing, your chances of intercepting the disease are higher and your chances of recovery are significantly worse.

The idea of death by diarrhea seems ludicrous to most people in the West. This is due to the fact that cholera is primarily a disease of the poor – it is directly relevant only to countries that are poor or war-torn. Despite being in its seventh pandemic, most are unfamiliar with the disease.

As Paul Farmer notes in his work Haiti After the Earthquake, cholera is often the most dreaded consequence of any disaster or displacement, as it quickly thrives in crisis zones, making already horrible conditions inconceivably worse. Haiti’s 2010 earthquake is a prime example of cholera’s ability to worsen an already devastating disaster. Before the crisis in Yemen, Haiti’s cholera epidemic was the most recent severe outbreak. What was already the poorest country in the Western hemisphere experienced an untimely earthquake, rendering already precarious infrastructure damaged. International crews rushed to alleviate suffering, helping find buried bodies and trying to get communities back on track. The tragic aspect of cholera in Haiti is that it wasn’t present there for at least a hundred years before the earthquake but it became a problem in the aftermath and continues to be a problem to this day. Despite initial controversy, it’s well documented that it was a UN team that accidentally introduced cholera to the area where nearly 1 000 000 have been infected and approximately 10 000 have died.

International aid did not introduce cholera in Yemen, but that is not the point. Haiti’s situation serves as a crucial and timely reminder that there are significant problems with the way we respond to international disasters, even when there is not the added complication of warfare. Delivering foreign aid and the noble pursuit of the eradication of infectious diseases is a complicated and tremendously difficult project, replete with minor gains and humiliating failures. The glorious successes are few and far between.

There have been six cholera pandemics since the 19th century. The first started in 1817 near Calcutta. The reach of its spread was related to the path of British Navy ships. It’s worth noting that until the 1900s, the West still had high rates of cholera and other infectious diseases. The second pandemic started in 1826, affecting North America and Europe more than any other future pandemic. Approximately 150 000 Americans died. In 1832 alone, 1200 died in Montreal due to cholera. What signifies the seventh pandemic, which has its roots in Indonesia, is the introduction of a new genetic strain, El Tor. Most recently, as part of the broader pandemic, there was an epidemic in Zimbabwe in 2008 causing a spike in the media’s attention to cholera. There has been another outbreak in Zimbabwe this fall which, barring an article here and there, has received less media attention.

Ebola’s outbreak in West Africa in 2014 received significantly more media attention. Ebola is an entirely different disease, which has a significantly higher mortality rate than cholera. Although cholera kills more people overall, the way that Ebola spreads and the chance of dying upon being infected are higher. It spreads through exposure to blood and bodily fluids, causing for photos of isolated patients and health-workers in full body gear to prevent contamination. As well, several North Americans contracted Ebola and returned to North American hospitals during the 2014 outbreak. Ebola doesn’t prey on only those with a lack of access to clean drinking water. The difference is stark: Ebola threatened us in a way that cholera never will. Yet in the recent epidemic, it took only 11 000 lives. Cholera causes nearly 100 000 deaths any given year.

How did cholera come to Yemen? The outbreak was caused by war. Saudi-led airstrikes damaged sanitation facilities and water station supplies, doubling the expected cases of cholera in some areas. Saudi-Arabia is also complicit in delaying the shipment of medical equipment. Meanwhile there are 10 000 new cases of cholera each week. Since April 2017, there are have been 1.2 million cases. As others have noted, Yemen was the poorest country in the Middle East before the war and the exacerbation of suffering because of the war has only made clearer our ability to render its suffering invisible.

In October 2017, the Global Task Force on Cholera Control (GTFCC) signed a declaration to end cholera which included a roadmap to reduce cholera deaths by 90 percent by 2030. The Task Force’s plan includes the stockpiling of vaccines in certain key areas, as well as strategies for improved surveillance. In the midst of a crisis oral rehydration packets are the most common strategy, because, after all, rehydration with non-contaminated fluids is all that is needed. Yet there is a serious tension between quick and fast short-term relief versus long-term infrastructure plans to ensure access to clean water. Coordinating public health efforts for global eradication becomes a dispute over priorities, which makes it hard enough without the added complication of warfare and lack of political will.

The fact that cholera’s spread is disproportionately among the poor means that the attention we tend to give it is minimal. Part of why Yemen’s suffering has fallen on blind eyes is because cholera itself is not threatening to areas that are not devastated by war or poverty. The Global Task Force will do its best to end cholera in the longterm, but Yemen’s outbreak is posing a serious threat to the viability of that goal in the near future. The clinical solution is simple: rehydration is all that is needed. Yet, once again, this situation has proven that the political will to stop war and allow infrastructure to re-build is not a top priority when the disease at hand is one that will never send North Americans or Western Europeans home sick.