Yemen has been Starving to Death 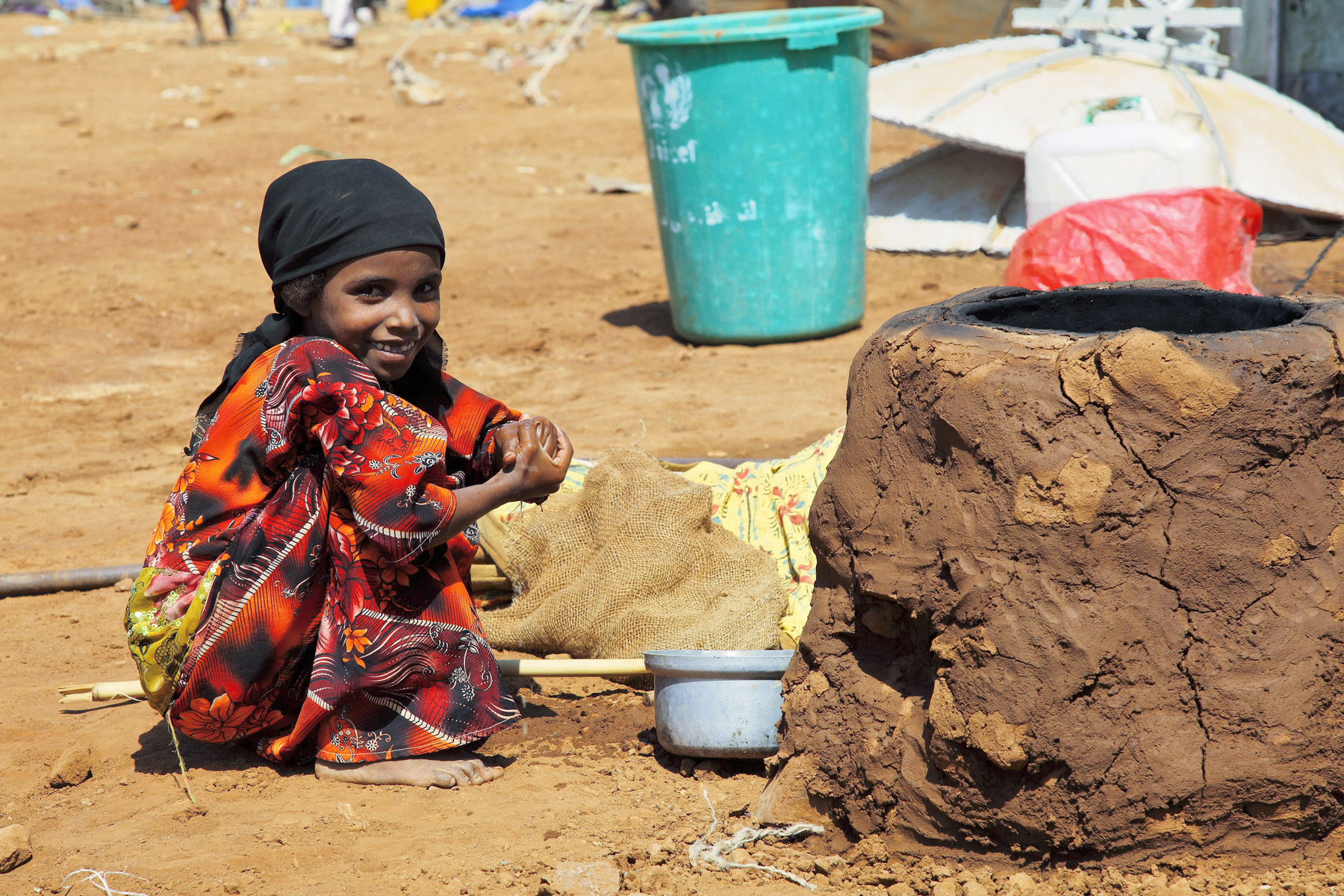 Over half Mazrak camp's residents are children under 18-years old, many of them are malnourished, with upwards of a thousand cases of severe malnourishment.
Share

While going through one of its worst conflicts with no hope for a timely settlement, Yemen’s humanitarian situation is going downhill. A few days ago, the United Nations published a worrying statement on how  Yemen and three other countries are about to experience the worst famine since WWII. This is especially worrying as this scourge was claimed to have been eradicated two years ago. What is even more infuriating, however, is that this famine is not entirely a result of natural processes.

The case of Yemen speaks for itself. The recent drought is only adding stress to the population that is already trying to survive in the midst of severe conflict. Presented as a civil war, the Houthis, a rebel group, are fighting President Abdrabbuh Mansur Hadi’s government. The conflict has now been going on for almost two years. The Houthis adhere to Zaidism, a branch of Shia Islam associated with the north of Yemen, whereas the official government follows Sunni practices. The conflict was thus soon explained in terms of religious differences: Sunnis against Shiites translating itself into geographical divisions putting the north in opposition to the south.

However, Yemen is really a proxy war serving as a battleground between Iran and Saudi Arabia. Iran is backing up the Houthis because of their Shia affiliation whilst Hadi’s government is supported by a coalition of ten countries led by Saudi Arabia. The Houthis explain their motivation as resisting the constant discrimination they face from the official government. The Saudi coalition is supporting Hadi as a way to maintain their hegemony in the Arabian Peninsula. In March 2015, Saudi planes started bombing territories held by the Houthis, bombing markets, hospitals, schools and even funerals, inflicting mass civilian casualties.

The number of casualties has passed 10,000 people killed and 40,000 injured. 60% of that is estimated to have resulted from Saudi airstrikes. Since 2015, the Saudi coalition has imposed a de facto blockade around the country. Currently, Yemen’s borders are still closed, flights remain cancelled and sea ports have been destroyed by bombs. The population is trapped inside the country with no access to food, water, or medical supplies. Ninety percent of the food supply is normally imported into the country, but with the blockade in effect, that is 90% that Yemenis are not getting. Hospitals are lacking resources and are targeted by airstrikes, despite clear signs indicating they belong to Doctors without Borders, a neutral Non Governmental Organization that should be safe from being targeted. A cholera epidemic erupted in the Fall of 2016. The central bank has closed down, making it impossible for people to take money out, leaving one million civil servants without any salary. According to the filmmaker and journalist for the BBC Nawal Al-Maghafi at the McGill Students for UNICEF panel on Yemen, it has been estimated, that the famine the country has experienced will have consequences that will never be recoverable. A third of the children are malnourished, crucially affecting their brain development to the point where no recovery is possible. That is a third of the next generation who would rebuild the country after the war.

By targeting civilians in airstrikes, Saudi Arabia has committed numerous war crimes. The bombs being dropped on Yemen are not made in Saudi Arabia. The Yemen war has been lucrative for the West. In 2015, the United Kingdom approved a £3.3 billion arms deal with Saudi Arabia. It has been uncovered that their weapons, bombs and munitions have been used in Yemen. The contract surfaced when it was revealed that UK-made cluster bombs had been used by Saudis on Houthis territories. The scandal here is that the UK is a signatory of the 2010 treaty forbidding the use of cluster munitions. France, in 2015, also signed an arms deal worth 12 billion USD. Canada’s deal is worth 11 billion USD. Originally made by Harper’s government, Trudeau has still upheld the agreement approving the export permits for military vehicles. Since June 2016, Canada is the second biggest arms exporter to the Middle East after the United States. In 2015 alone, the US made sales worth more than 20 billion USD to Saudi Arabia. In 2016, the US renewed their arms deals, exporting tanks to replace the ones damaged in the Yemen war. American support, however, is not limited to selling weapons. American tankers are refueling Saudi planes in international airspace before they go drop their bombs. This way, the planes can fly longer and strike more frequently on Yemeni territory. As of late November, more than 1600 refueling missions have been carried out.

It was expected that the war would be short, and that the government would defeat the Houthi insurgency. This did not happen. The war is still going on, and the hope for a peaceful settlement seems to have completely vanished into a stalemate for the last two years. Clearly, the help that the West is providing Saudi Arabia is not reaching its goal of establishing stability and bringing peace with a victory for Hadi’s government. The US are involved in the war notably because of the diplomatic alliance they have had with Saudi Arabia since WWII. Their fight against Al-Quaeda is also another contributing factor. As Josh Earnest, former White House press secretary, explained: ” Yemen cannot be a safe haven that extremists can use to attack the West and the United States”. Despite this American foreign policy, the Yemen war has only made the most active and dangerous branch of Al-Qaeda stronger and richer.

To conclude, the Yemen war is going nowhere and the humanitarian situation is deteriorating fast. The West is complicit with the war crimes being committed and is contributing to the humanitarian crisis. Fourteen million Yemenis are starving to death, 3 million are internally displaced, more than 10,000 civilians have been killed despite the conflict being between two rival political entities who are separate from them. With the US, France, Canada and the UK playing the role of Russia, Yemen is becoming the new Syria. It is time for us to call our governments out. Sweden has been able to cancel its deal with Saudi Arabia, setting an example, which we should follow.