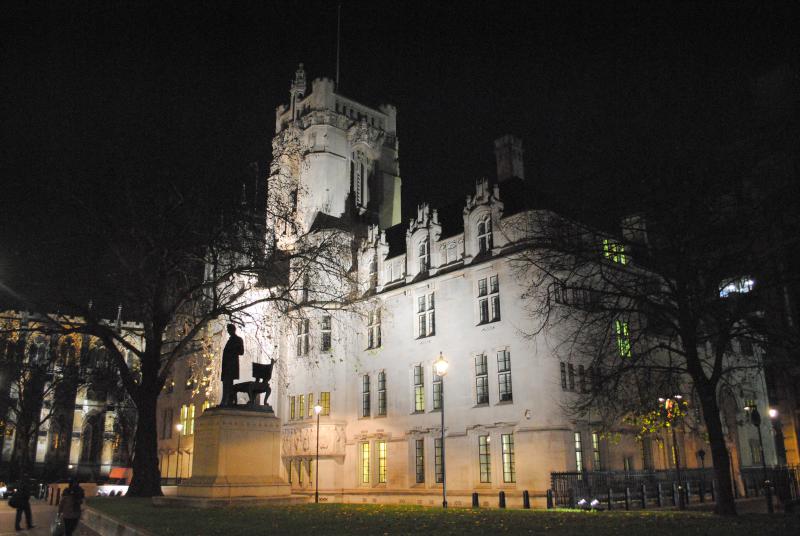 In September 2019, the United Kingdom’s first-ever emergency Supreme Court hearing occurred, in which the Justices were tasked with considering a possible abuse, by the Executive, of the constitutional power of prorogation. The constitutional power of prorogation refers to ending a parliamentary session for a period of time during which Parliament cannot meet or pass laws until the Executive decides to call a new parliament into session. British Prime Minister Boris Johnson decided to prorogue Parliament for a five-week period between September 9th and October 14th in order to ensure that Parliament would not block the UK from leaving the European Union (EU) without a deal. While Brexit refers, more generally, to the UK leaving the EU, a no-deal Brexit refers to the UK leaving the EU without an agreement on the specific terms of the UK’s exit. Johnson’s prorogation was challenged in the courts and eventually reached the Supreme Court, who ruled that the prorogation was unlawful. Thus, the prorogation was rendered void and ended immediately. The Supreme Court ruling also took steps to limit future abuses of the power of prorogation and allow the courts to exercise greater oversight on other Executive powers.

The UK’s largely uncodified – unwritten – constitution is based on three main principles. First, the principle of parliamentary sovereignty through which the House of Commons, as the supreme body in the country, possesses the ability to legislate on any matter it wishes. Second, the powers of the Royal Prerogative, encompassing those powers formerly exercised by the monarch, which are now exercised by the Executive, for example the right to withdraw British citizenship and the power of prorogation. Although some powers of the Royal Prerogative have been restricted by law, such as the Executives’ ability to call a general election at will, many powers remain unrestricted. Third, conventions/traditions, which define both how the powers of Royal Prerogative can be used as well as the powers of the legislature.

The UK’s constitution has two key problems. Firstly, Parliament cannot be the supreme body in the UK if certain powers are reserved only for the Executive. Secondly, many powers of the Royal Prerogative are governed by non-legally binding conventions, meaning that the Executive is entrusted to act in good faith and refrain from using these unrestricted powers in improper ways. Johnson’s prorogation illustrates both of these problems. By proroguing parliament, Johnson deliberately broke the principle of Parliamentary sovereignty and had the liberty to change constitutional convention, which would have made it possible for future executives to prorogue parliament without just cause.

Johnson faces one major obstacle in his plan to leave the EU on October 30th: the House of Commons. The House of Commons currently consists of a majority of Members of Parliament (MPs) who are generally opposed to a no-deal Brexit. Johnson wants a no-deal Brexit in order to reduce the electoral threat posed by the Brexit party, who support a no-deal Brexit. In order to help ensure the success of a no-deal Brexit, Johnson decided to prorogue Parliament between September 9th and October 14th, 2019. MPs returned from their summer holidays on September 4th, only to have parliament prorogued nearly a week later. After October 14th, MPs would have only had two weeks of sitting before the Brexit deadline of October 30th. With only three weeks for Parliament to debate Brexit before the deadline, Johnson was clearly trying to limit the time that MPs would have to prevent a no-deal Brexit. However, this was not deemed an acceptable reason to prorogue Parliament so, instead, Johnson claimed the prorogation to be necessary so that he could start a new parliamentary session and lay out a new legislative agenda.

To enact the prorogation, all Johnson had to do was ask the Queen’s permission. Under constitutional convention, the Queen has to accept the advice of her Prime Ministers, and therefore could not have blocked the prorogation when Johnson asked. Applications for judicial review of the Johnson’s advice to prorogue Parliament was brought by Johnson’s opponents in separate cases to the Outer House of the Court of Session, the second highest court in Scotland, and the High Court in England. Opponents of prorogation argued that Johnson’s prorogation was unconstitutional as it breached the constitutional principle of parliamentary supremacy. Parliament cannot be the supreme body in the UK if it can be shut down at will and prevented from discussing laws and from conducting oversight of the Executive’s actions, in this case regarding Brexit.

The High Court and the Outer House of the Court of Sessions ruled that prorogation was non-justiciable, meaning the courts could not rule on the legality of Johnson’s prorogation as it is a political rather than a legal matter. This ruling allowed Johnson’s prorogation to continue for some time. However, the Outer House’s decision was appealed to the Inner House of the Court of Sessions, the highest court in Scotland. The Inner House ruled that the prorogation was unlawful for breaching the principle of parliamentary sovereignty, and subsequently ruled that Johnson purposely mislead the Queen about his intentions when advising her to prorogue Parliament. With two opposing rulings on prorogation arising from two separate legal bodies, the decision was passed up to the Supreme Court to make a definitive ruling.

The first question that the Supreme Court had to resolve was whether they could rule on prorogation; they ruled unanimously that prorogation was justiciable. The Judges stated that it is the responsibility of the courts to determine when the Executive and Parliament have breached the constitution and that their role in conducting oversight of both bodies is applicable in all matters . This decision allows the courts to now rule on the Executive’s use of the powers of the Royal Prerogative, including prorogation, which had been previously disputed.

The next question dealt with the legality of Johnson’s prorogation; the Supreme Court ruled unanimously that Johnson’s prorogation was illegal. In addressing Johnson’s claimed reason for prorogation (to lay out a new legislative agenda), Chief Justice Lady Hale stated that five weeks was an excessive amount of time to prepare for a new parliamentary session and that five to six days would have been sufficient. However, the prorogation was ultimately deemed unlawful as it prevented Parliament from carrying out its constitutional role of overseeing the Executive, which was Johnson’s other intention behind prorogation.

Following the Supreme Court Ruling on September 24th, Johnson’s prorogation was rendered void and ended immediately, and Parliament resumed the next day (September 25th), having only been prorogued for 16 days instead of the anticipated 36 days. In the long term, the power of prorogation has been restricted, as the Supreme Court, now able to make such a ruling, ruled that prorogation can only be exercised with “reasonable justification”. With the need for “reasonable justification”, a legal check, rather than simply a non-legally binding convention, is now in place to govern the power of prorogation, meaning that the Executive cannot use the power to suspend parliament indefinitely.

One lesson Johnson did not seem to take away from the Supreme Court ruling on his prorogation was the need to respect the constitution and the law. In the week before Parliament was prorogued, MPs passed a law requiring that Johnson ask for an extension to the October 30th deadline if no deal with the EU was reached by October 19th. Johnson has stated that he would respect this law, however he also stated he would try to find a loophole in the law to avoid having to ask for an extension. As a result of the Supreme Court’s ruling on Johnson’s prorogation, the courts now have the constitutional right to rule on all Executive actions as they pertain to the constitution, meaning the courts will be able defend the extension law against Johnson, if Johnson again infringes on the principle of parliamentary sovereignty.

In its ruling on Johnson’s prorogation, the Supreme Court stated that, although Johnson’s five-week long prorogation was illegal, a prorogation of five to six days would have been legal in this case. Thereby, Johnson was able to prorogue Parliament again for six days between October 8th and October 14th. Thus, through his failed prorogation, his week long prorogation, and the procedural requirements of a new parliamentary session (taking up several days), he has achieved his overall aim of limiting the time that Parliament has to discuss and prevent a no-deal Brexit.

As a result of this prorogation, one of the central problems of the UK’s constitution, the lack of legal restraints on the powers of the Royal Prerogative, has now begun to be addressed. Considering that the UK’s constitution is based on convention and precedent, this incident, left unchecked, could have made it acceptable for future Executives to shut down parliament simply due to a disagreement, effectively overturning the UK’s parliamentary democracy.  Thankfully, the Supreme Court ruled that prorogation was unlawful in this case, and has brought in greater legal checks over the powers of the Royal Prerogative. However, while the ghost of a dictatorship may have been exorcised, the ghost of a no-deal Brexit and of continuing Brexit gridlock remains.