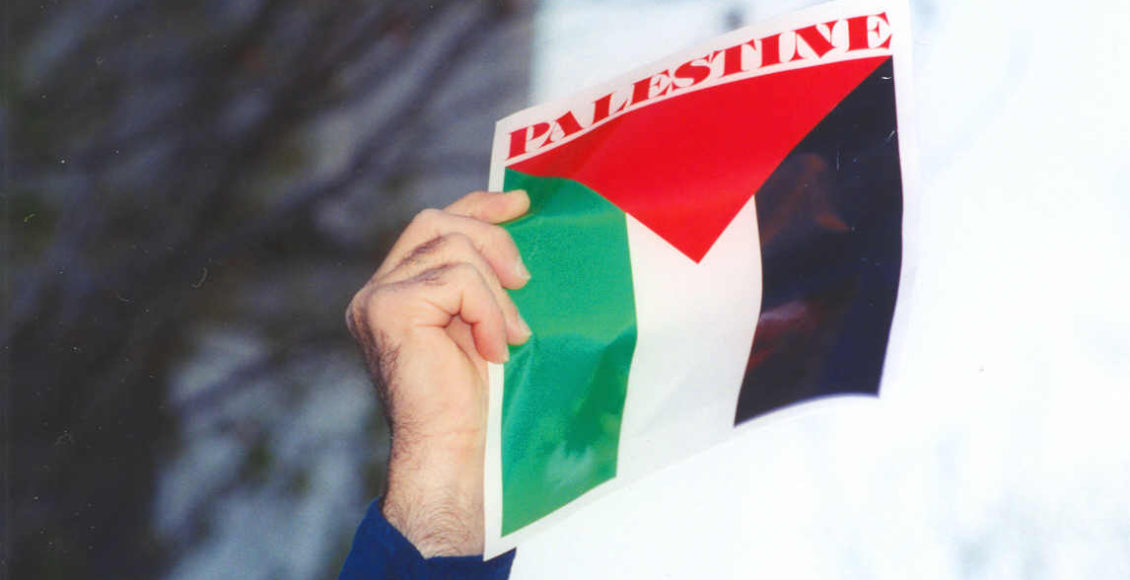 January 20th, 2018 marked the first anniversary of the famed Women’s March on Washington. The movement continues to mobilize tens of thousands of men and women in the fight for women’s equality. The leaders of the movement also advocate intersectional feminist ideals. This means that the organization as a whole attempts to recognize that women of various races, abilities, incomes, sexualities, and immigration statuses experience oppression in different ways. Therefore, improving the of the status of women, and truly engaging in feminism, also require combating these sources of inequality simultaneously.

Despite this, feminist movements in the West – here referring to The United States, Canada, and Europe – continue to fall short in including all oppressed people. Seemingly picking and choosing which “intersections” they find worthy of advocacy.

For example, there seems to be limited recognition of Palestinian women’s fight for liberation and the inherently feminist nature of this struggle. Studies show that “[t]o date, apparently, no major Western women’s or feminist organization [has] declared its solidarity with the Palestinian struggle.”

This apathy revealed itself in December 2017 when Ahed Tamimi, a female Palestinian activist, was arrested and detained by the Israeli government with few to no responses from Western organizations such as the Women’s March. A member of a family of Palestinian activists, and a longtime protester herself, Ahed is viewed by many as not only a leader of the next generation of resistance, but represents the evolution of Palestinian women’s liberation. She was even invited to Turkey by President Erdogan, who congratulated her efforts protesting occupation in the West Bank. In fact, she lives in section C, part of the 62% of the West Bank occupied by Israel.

Her eminence, however, extended to the Israeli government and military as well. She was arrested during a night raid in late December 2017 at the age of sixteen after a video shared on social media showed her slapping Israeli officers and telling them to leave her family’s property. Commentators speculate that her aggression towards the officers was a reaction to her cousin’s hospitalization after he was shot in the head with a rubber bullet by an Israeli military officer. Regardless, she was detained in the Ofer military prison and denied bail because the judge deemed her too dangerous to release.

One must question the validity of the judge’s claims against Ahed. How much danger does a young, unarmed teenager pose to adult, military personnel with weapons? Several human rights groups consider the severity of the charges disproportionate to the crime. Amnesty International also argued that detention of a minor should only occur in extreme circumstances. Moreover, the group maintained that the interrogation techniques and conditions of Ahed’s detention violated her rights. Together, it seems possible that the Israeli government is using oppressive tactics to manipulate Ahed’s notoriety to send a message: opposition will not be tolerated.

Her trial began February 13th. Despite requests from her lawyer, Gaby Lasky, the judge banned all media presence, allowing only a few of Ahed’s family members inside the courtroom. The hearing lasted a mere two hours with the next scheduled in early March. Ahed will remain in detention for the rest of the trial process.

The muted response from Western women’s organizations starkly contrasts with the unwavering admiration of activist Malala Yousafzai. Outrage erupted from all corners of the globe after she was shot in the head by the Taliban in an attempt to silence her advocacy for female education in Pakistan, while Western organizations fail to recognize Ahed’s activism and remain silent regarding her detention.

The rationale behind the disparate reactions could be due to differing political relationships between the West, Israel, and organizations like the Taliban. Political movements in America, for example, may protest against the highest political office in the United States, but they are still operating within a political culture that definitively condemns the Taliban and allies with Israel. Censure of violence committed by the Taliban is unquestionable. Therefore, the attack on Malala was quickly and decisively interpreted by Western organizations as a violation of not only human rights, but Western values. On the other hand, violence committed by Israel against Palestinians remains ambiguous.

Indeed, the Women’s March faces its own identity crisis regarding Israel and Palestine. One of the organizers, Linda Sarsour is a Palestinian woman who advocates on behalf of Arab women. Despite her controversial anti-Zionist position, she has spoken out against anti-Semitism in the Trump administration. In spite of her leadership, a Palestinian-American group boycotted the Women’s March due to one celebrity speaker’s ties to an Israeli company located in the occupied territory in the West Bank.

Another possibility for the lack of a coherent response could be the widespread perception that the Israel-Palestinian conflict is not a feminist issue. For example, most Western organizations that claim they support the Boycott, Divest, Sanction (BDS) movement do so in the name of anti-colonialism or anti-Zionism rather than on behalf of women’s empowerment. In fact, few to no Western feminist organizations commit to BDS. On the other hand, nearly all women’s and feminist groups within Palestine signed BDS, citing oppression committed by Israel’s government and military.

This discrepancy may be due to the dichotomy in the message Israel sends the rest of the world. Israel campaigns that it is an open, democratic society where women are not only free, but comparatively, thriving. However, this form of feminism blatantly ignores intersectional issues such as rampant state-sanctioned Islamophobia and modern-day imperialism. Further, Israel’s unbridled control of resources, and violation of the rights “to life, liberty and security of person” in the occupied West Bank disproportionately affect women.

Women experience the added burden of patriarchal norms such as suppression of speech, gender-based violence, and a lack of representation in every society. Ahed exemplifies not only the next generation of Palestinian resistance, but female activism. If Western feminist movements like the Women’s March are seeking an inclusive platform, then it is essential they amplify women’s activism in every arena. The political complexity and religious contention of the Israeli-Palestinian conflict, while difficult to navigate, do not justify silence.

*Edit: The featured photo was changed as it previously showed the Saudi Arabian flag, not the Palestinian flag.